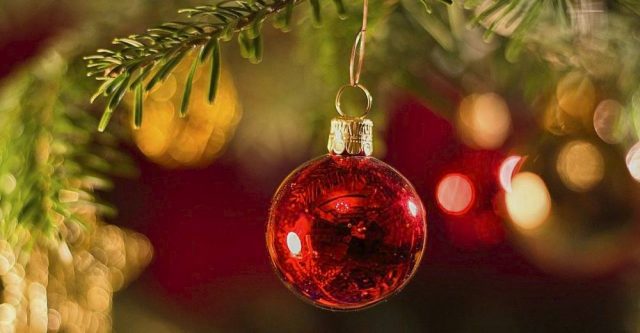 Turning the ignition key, she says, “Come on, old beauty.” A flood of memories floods Mrs. Hayes as she watches in her rearview mirror.

As a flashback, Mrs. Hayes drops off her husband in her Chevy. Dressed in a military uniform, Mr. Hayes is off to fight in the Vietnam War. Another flashback shows Mrs. Hayes driving back home with a box containing a folded American flag and belongings from her late husband.

There are also scenes of the widow – who never remarried – becoming a mother figure for neighborhood children, including Billy. When Billy’s wife goes into labor years later, she knocks on Mrs. Hayes’ door in a panic. Billy’s wife is driven to the hospital by Mrs. Hayes in her ’57 Chevy.

Suddenly, Mrs. Hayes’ daydreaming is interrupted by a light knocking on her car window in the present. This time, it’s Billy who offers to drive the widow back home in his red electric Chevy Blazer SUV from 2024.

In the last scene, Mrs. Hayes is decorating her house for Christmas alone in her living room. When she opens her front door, Billy’s daughter jumps into her arms to hug her. Billy and his family visit the widow for Christmas, and she wipes away tears of joy.

Chevy’s YouTube channel was inundated with praise after an extended version of the ad was released shortly before Thanksgiving. It is a feel-good commercial we long for especially during the Christmas holiday season.