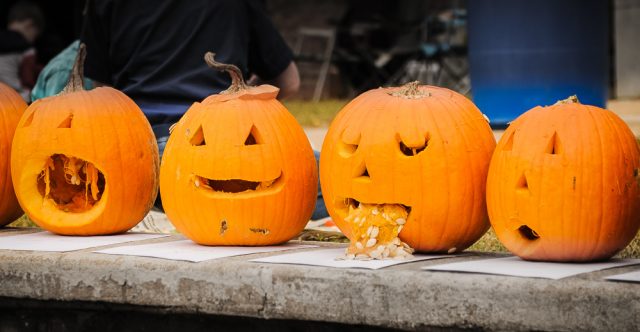 No two pumpkin are the same.

On the morning of October 5, a pumpkin carving contest began. Something that happens every year at the Alton Walnut festival, people of all ages have fun working to carve a face into their pumpkins. Young children gutted their pumpkins with the help of parents or grandparents, and older children sat down with intense concentration to get the perfect face.

Two hours later, the front yard of the courthouse was covered with pumpkin seeds, and orange pumpkins lined the front of the Alton courthouse- all sporting a different face.