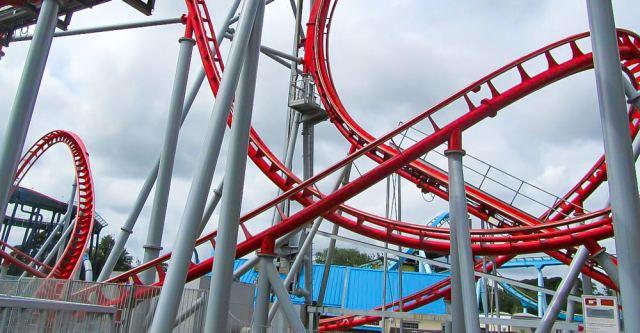 Everybody has a birthday. Important historical events also have birthdays. Most people today don’t consider roller coasters necessary, but today was the day the first roller coaster was invented.

The Very First One

The first roller coaster opened at Coney Island, New York, on June 16, 1884 [1]. The speed was 6 miles per hour, and the cost was only 5 cents. This was an instant success which set off a chain of roller coasters across the country.

The Rise Of Modern Roller Coasters

The beginnings of the modern theme park were ushered in by Disneyland in Anaheim, California, in 1955. A wave of new amusement parks opened across the country in response to their success. Roller coasters were, and still are, a favorite ride of attendees.

Today the United States is home to over 475 amusement parks. These range from Disney ones, Six Flags, and Universal.
Nevertheless, amusement parks can be found around the globe. Among the top five most visited amusement parks in the world, three are located in Japan [2]. Disney parks have consistently been rated as the most popular as well as the most visited theme parks. Nevertheless, Disney’s visitor numbers have declined in recent years as it became more outspoken about alternative lifestyles that are not family friendly. Families and visitors are finding other amusement parks to satisfy their desire for excitement.

Roller coasters are here to stay. And across the country, are many amusement parks to satisfy everyone from the novice to the experienced.