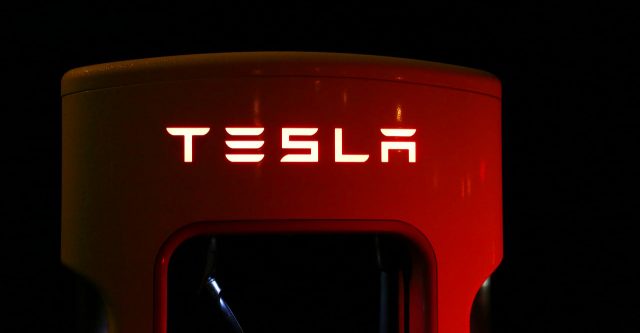 Elon Musk has a track record of announcing grand plans that don’t always turn out or come out in the time frame first announced but that doesn’t stop him from unveiling more shocking plans as time goes on. During Tesla’s “anatomy day” on Monday at the Tesla headquarters in Palo Alto, California, Musk told investors that he plans on having one million robo-taxis on the road next year.

Musk unveiled his newest plan of putting a million robo-taxis on the road on Monday. “I feel very confident predicting one million autonomous robo-taxis for Tesla next year,” Musk said to a room full of investors during anatomy day. “Not in all jurisdictions because we won’t have regulatory approval everywhere, but I’m confident we will have regulatory approval at least somewhere, literally next year.” [1]

Tesla has estimated that running this “Tesla network” (which anyone can add their car into) would be less than $0.18 per mile, Tesla plans on fares of around $1 per mile. Musk went on to say that the robo-taxis would work as a cross between an Uber and an Airbnb model, saying that they could make $30,000 per car annually, or $30 million if they had a million robo-taxis. “Expect this to operate sort of like a combination of the Uber and the Airbnb model,” Musk said. “So if you own the car you can add or subtract it to the Tesla network and Tesl would take 15 or 20% of the revenue. In places where there aren’t enough people sharing their cars we would just have dedicated Tesla vehicles.” [2]

Autonomous cars are the future for ride-hailing businesses. Uber and Lyft, some of the largest companies in the industry, are spending large percentages of their revenue on paying drivers. A self-driving car would eliminate that expense and create more profit for the companies.

Unfortunately, not everyone is on board with Musk’s vision, calling the idea half baked and a desperate attempt to pay for software that doesn’t work.

“The Tesla Network robotaxi plans seemed half baked, with the company appearing to either not have answers to or not even considered pretty basic question on the pricing, insurance liability, or regulatory and legal requirements,” said Jeff Osborne, an analyst at Cowen.

“We see the focus on FSD as a desperate attempt to convince Tesla car buyers to pay the $8,000 for the “FSD” option, even though the company acknowledges the software doesn’t work and they will have a new next-gen solution in ~2 years.”