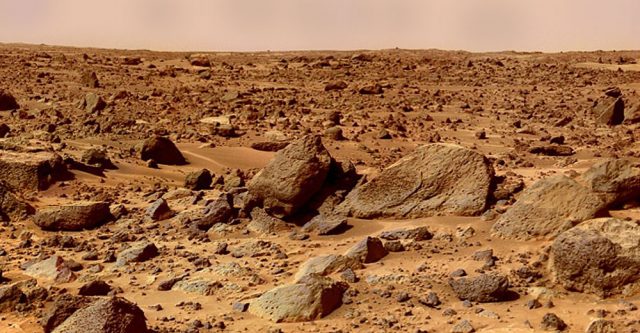 NASA scientists report that the mars Rover found salt on Mars. They hypothesize that Mars once had salt water, like earth, but that it dried up long ago.

The Rover collected its first samples.Scientist Ken Farley, of Caltech, said that these rocks reveal  a potentially habitable environment.

It’s a big deal that the water was there a long time [1].

The first sample is basalt and possibly the product of lava flow. These salts are found within as well as without the rocks. Salt minerals on earth are well-known for preserving signs of ancient life. Scientists are theorizing the beginnings of Mars itself, based on earth dating stsyems and the salt they found.

Scientists know that Mars has a crater that once was filled with water. Now, they’re wondering about floodwaters. However, these rock samples suggest groundwater. This finding could alter their hypothesis of Mars’ origins.

The rover Perseverance is searching Mars for samples that could describe its history. Its next sampling adventure will take place 656 feet away in a series of ridges covered by sand and rocks. The next sampling will be in an older section of Mars, hoping to provide a better understanding of the history. Meanwhile, the sampling just received is likely from one of the youngest rock layers on the planet.