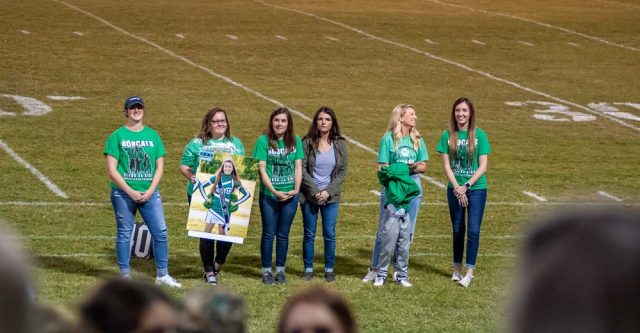 At 2:00 pm, they had a parade with the want-to-be homecoming queens. Later in the evening, the people could get a sandwich at the Thayer High School for $10.

Crowning Of The Queen

The homecoming queen was Abbi Rouse with Lane Grimes and Dalton Nicholson.

During halftime, they honored the 2011 State Champion Cheerleaders.

The game started at 7:00 pm against the Houston Tigers. The Bobcats won 40-13. You can read about the game here.