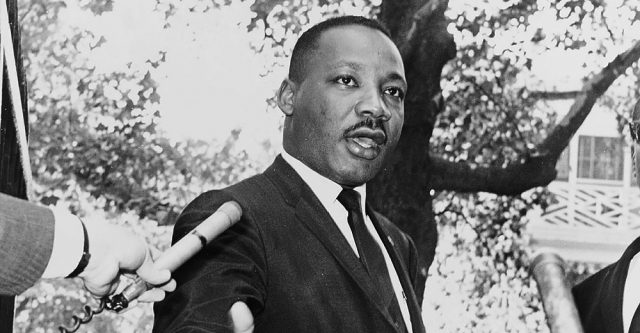 55th anniversary of Martin Luther King Jr. "I have a dream" speech.

Recently, August 28th marked 55 years since Martin Luther gave his famous speech. Now it has been 55 years since the Reverend Dr. Martin Luther King, Jr., stood next to the steps leading to the Lincoln Memorial. He announced that he had a dream to those who were in the jobs and freedom march and to everyone who would listen.

That day, Martin Luther spoke about his dream for justice and equality. Today, over fifty years later, President Trump gave a message on Reverend Dr. Martin Luther King, Jr.’s “I have a Dream” speech.

On August 28, 1963, Dr. King addressed a sea of marchers from across our Nation and spoke to the conscience of all Americans. He told the crowd about his dream. “I have a dream,” Dr. King declared, that the United States would fulfill its creed and treat all people as having been created equal; that people would form bonds that overcome racial injustices; that race would be irrelevant to social status or position; and that freedom and justice would prevail throughout the Nation. Dr. King ended his speech with a vision of enduring freedom: “When we allow freedom to ring—when we let it ring from every city and every hamlet, from every state and every city, we will be able to speed up that day when all of God’s children, black men and white men, Jews and Gentiles, Protestants and Catholics, will be able to join hands and sing…: ‘Free at last, Free at last, Great God almighty, We are free at last.’” [1]

Today was important 55 years ago and is important to remember the principles King argued for- and, as it turned out, died for- today. We’re a meritocracy.

The ideals enshrined in our Declaration of Independence demand that we give room for God to work in each individual’s life. Each individual is accountable to Nature’s God for their actions. We as fellow citizens do not judge by immutable characteristics- color of hair skin eyes etc.- but by behavior and results.

It used to be that if a man took care of his family, that is, fed, clothed and housed those it was his duty to take care of, then he could walk with his head held high and mingle with those in the highest strata of American society. That was Kings call to all of us and we should not forget it.

We  must fight those who would drag us down the path of tribalism which will lead to fraction and division and ultimately lead to the end of the United States as we know it.

As we mark this historic milestone, we remain ever optimistic of our shared future as children of God and citizens of this great Nation. May the memory of Dr. King, and the efforts we have made to fulfill his dream, remind us of the bonds of love and mutual respect that unite us. [2]

We must continue working together to make better opportunities for the future generations by adhering to King”s axiom, “… not by the color of skin but by the content of our character.