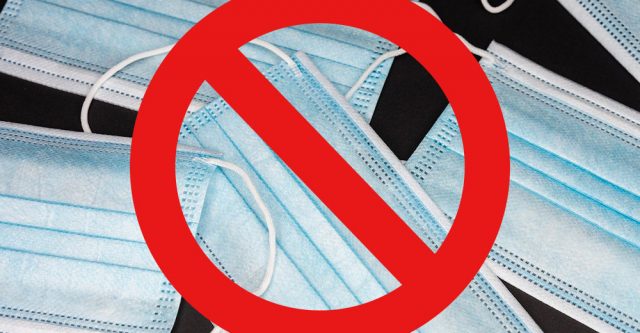 An American journalist and a New York Times bestselling author of five books, Kurt Eichenwald, tweeted on December 30th that he wished “pain & misery” on Republicans and said that he wants to find an “antimasker” and “beat them to death.”

Yeah, you probably don’t know who he is either, so here is a short bio: He’s an author of five books, one of which, The Informant (2000), was made into a motion picture in 2009. Formerly he was a senior writer and investigative reporter with The New York Times, Condé Nast’s business magazine, Portfolio, and later was a contributing editor with Vanity Fair and a senior writer with Newsweek [1]. OK, that’s out of the way.

I have so much hate in my heart tonight. My sister, widowed by COVID, has Covid because of antimaskers. About 4,000 died today; GOP says nothing. @HawleyMO & his ilk are working to harm America. I wish them & their loved ones all the pain & misery they inflicted on this country.

Where Is The Proof Masks Work?

These mask rules are getting crazy, and the country is fracturing over it.

Masks provide a breeding ground for the virus. If a person has COVID, this virus (as others) will accumulate on the mask and cause the wearer to constantly re-breathe the virus in—increasing the virus presence in the body of the wearer until they have enough virus to be visibly sick. This effectively increases the viral load [2].

If left alone, they may have just been asymptomatic and been one of those who never knew they had it.

When brave doctors try to speak up about this, they are de-platformed [3] by Facebook, Twitter, and Youtube, etc. then publicly ridiculed by their peers without any scientific review of their evidence and data.

We Need Voices of Reason To Discuss This

That’s when you get a public discourse that goes into the abyss.

In another tweet, that was removed for violating Twitter’s terms of service, Eichenwald wrote: “It’s at a moment like this that I want to find an antimasker and beat them to death. Since they believe they have the right to kill others, they have surrendered any right to object. #CategoricalImperative.”

Thankfully, there are voices of reason.

Rational Ground founder Justin Hart responded to Eichenwald’s rant with, “400 yrs ago when a real plague hit Italy it was thought that foreign invaders went around brushing city walls with plague-infested water. When an older gentleman was seen brushing off a pew to sit on accusations flew. He was taken out and beaten to death. I guess we’re there now.”

400 yrs ago when a real plague hit Italy it was thought that foreign invaders went around brushing city walls with plague-infested water. When an older gentleman was seen brushing off a pew to sit on accusations flew. He was taken out and beaten to death.

I guess we’re there now pic.twitter.com/W6byWxN8Gs

Masks Are Not Effective In Uncontrolled Environments

Masks are useless against the virus. There is no SCIENTIFIC study that can prove efficacy (effectiveness.) It’s simply impossible to control for all variables. Even in controlled environments, with body and hand protection AND controls, it doesn’t help. That’s with washing hands EVERY time they touch something which no one is doing in the real world.

AND, wow, have you been at the grocery store where people pull masks out of their pockets or purses, put them on and adjust them, then touch everything in the store, all the while adjusting, pulling, etc., the mask with their hands.

I bet you have even witnessed people wearing masks (so thoughtful of others) never even slow down while walking past the sinks in bathrooms after using the toilet. Individuals who merrily continue on their way to resume touching their mask and every product on the shelves after neglecting to wash their hands after “powdering their nose.”

Wonder how many diseases are spread that way? Hmmmm?

Hart has also posted data concerning the efficacy of mask-wearing. The data shows that states with mandates have more cases per 100K population vs. no mask mandates.

That’s right. With mandates in place states say 10 more cases per 100K population. Here’s the breakdown by state. Many states have had days with mandates (blue) and without (orange)

Drawn your own conclusions.
2/ pic.twitter.com/I2XknhFOQk

Are Those That Demand Masks Any Better Than Medicine Men Or Witchdoctors?

We, as a country, need to face the fact that masks (despite our claims as an advanced, anti-superstitious, scientific culture) are a talisman against the evil virus. A pacifier for those who don’t get that life and living are more than just staying alive.