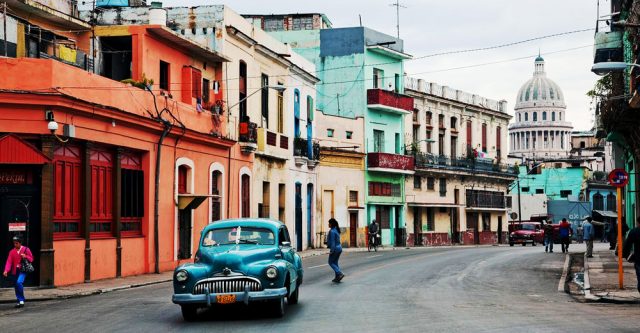 People in Cuba are making history by protesting in their streets. These citizens have grievances against the government. These citizens are unhappy with food shortages, high prices, and free speech. The Communist government is working on covering up any dissension. Is the United States Learning from them?

Cubans are in the streets demonstrating their grievances of the government handling of key issues. However, as Communist dictator, Miguel Diaz-Canel, he is repressing the people and their voices. According to the Guardian, Cubans are facing a severe economic crunch amplified by covid restrictions and US sanctions [1]. The citizens are frustrated over power outages that leave them without sir conditioning. On top of all that, the Cuban government interrupted the internet service, social media platforms, and cell phone usages. Americans and the world could not see if protesting continued, if arrests were made, or a stalemate was reached. The government took control.

While we as Americans cannot see what is happening in Cuba as those citizens cry out for freedom, we can see our own country. States have rolling blackouts, most notably in California, but elsewhere, too. Throughout this pandemic, grocery stores had numerous shortages. To this day, a trip to Walmart does not mean a completed grocery list. It’s, “What’s in stock today?” Allegedly, the coronavirus is still attacking persons, a year after it first arrived here. People are not dying by the predicted numbers. Why are government figures still trying to control us by forcing masks and containment? Economists say that inflation will get worse [2]. Then, Americans still have election concerns: Did my vote count? Or was it cancelled by one who voted illegally? Above all of this news, is the squelching of free speech.

American citizens are guaranteed the right to free speech as enumerated in the first amendment. Congress shall make no law abridging the freedom of speech. The idea is that we do have ideas. Speaking them aloud sorts the idea out0 good or bad. Withholding free speech makes us machines, thoughtless beings. The Biden administration and the Democratic National Committee are endorsing censoring text messages that do not agree with the ‘approved’ messages of COVID [3]. Why do they want to censor free speech? What is next? If a candidate running for office does not please Biden, will he get censored? What else? The past election results and audits? As one can clearly see, some social medias are already censoring free speech. But not the government want to? Are we heading to a government state like Cuba? I pray not. Time will tell.