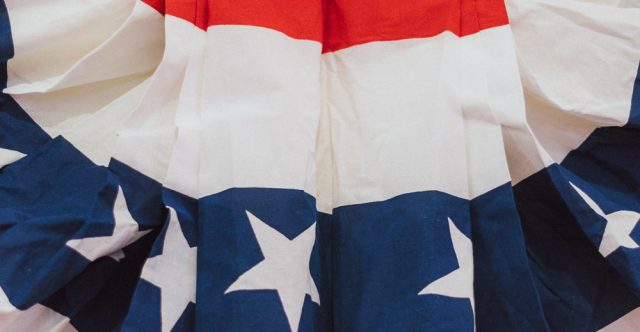 Chairman Kelly Laird led the assembly. Between forty and ninety people showed up for this event. People running for office, as well as those in office serving their terms and finishing their term limits, were present.

Opening the speeches was Missouri senator Cunningham. He has two more years of his term before opting out due to term limits. He spoke briefly on the current and past governor, DNR, and coops and internet. A well-spoken man, he lingered afterward to talk with his representing public.

U.S. Congressman Jason Smith was unable to attend the event. Instead, he had Bennie Cook come and speak for him.

Missouri Representative Pogue was also unable to attend as he was with the Missouri National Guard. However, he also sent someone in his absence: Steven Thompson. Steven read from a letter from Pogue stating, “I am a constitutional conservative…I serve the Lord and you.” Pogue is running for reelection one more time before term limiting out.

Judge Harvey Allen came next. He is running unopposed for the associate circuit judge. He quoted Mark Twain and considers himself reasonable.

Jack Bates, from Thayer, is running against Pogue for state representative. He wants jobs for our kids. He says he will work with legislation- and pass it.

Steven Privette was the next speaker and is running for circuit court judge. He has been in law for thirty-four years and has the most extensive law office from Alton to Springfield, MO. Mr. Privette has handled a variety of cases like murder, boundary issues, traffic, etc. He is running for three reasons: cases need to move faster; too many repeat offenders; and need to expand drug court.  Per Mr. Privett, “If a person won’t change his behavior, we need to protect the community.”

Melissa Stewart is also running for circuit court judge and has currently been an attorney since 2011. She has repeatedly worked with children and mental health cases. She is “fair and balanced.”

Patrick Ledgerwood is the presiding commissioner for the eighth year. He is running unopposed and runs his crew in the black. He spoke on addresses and a new jail.

Linda Parrot spoke next. She is running for Oregon County Treasurer, Linda considers herself to be  “professional, reliable, honest, and hardworking”.

Amanda Osburn was present who is running for Oregon County circuit clerk.

Billie Grooms is also running for circuit clerk. Billie has previously worked for an attorney.

Justin Kelley is a candidate for prosecuting attorney. He wants facts and truth. Besides that, he wants safe communities. He is a member of the NRA and 700 Club. He is pro-life.