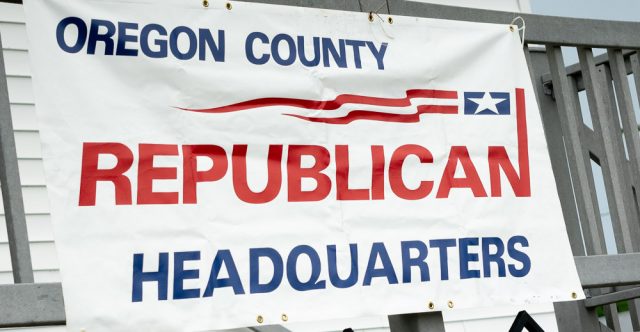 Alton, Mo. – On June 9, 2018, several politicians and hopeful candidates showed up at the Alton Community Worship Center for Lincoln Days meeting.  Among those present was Patrick Ledgerwood talking about new addresses and the new Alton jail.

Although running uncontested this year, Patrick appeared at the gathering nonetheless. He is running for his eighth term as presiding county commissioner. He explained that the last seven years he has been holding this office, the budget has remained in the black.

Consequently, they are on their way to every address labeled correctly by August 1, 2018.

Patrick Ledgerwood reviewed the vexing history regarding address changes. He outlined what, for the most part, caused the delay in assigning addresses which included a list of failures that sound like they came from your worst nightmare if you’re trying to streamline emergency services.

First, the company that was initially contracted to handle the address changes went out of business. They were bought out by another company. Secondly and unfortunately, that company was staffed by individuals who didn’t know how to implement the address change. Thirdly, Oregon County is involved in legal action against the second company. Finally, the county hired a new contractor to finish the task.

Consequently, every address should be labeled correctly by August 1, 2018.  Some households have been and are dealing with various addresses for some time and were discouraged by this news.

The jail is going to be built in the basement, under the courthouse, hold more individuals, and be fully funded.

Other news Mr. Ledgerwood addressed was the new jail. He said that Oregon County is building the new Alton jail in the basement, under the courthouse. Ledgerwood continued, saying, “Alton jail will hold more individuals, and be fully funded”. He declared that there would be no government loans or bonds or even tax increases.

The people present in the audience cheered noticeably after hearing that news.