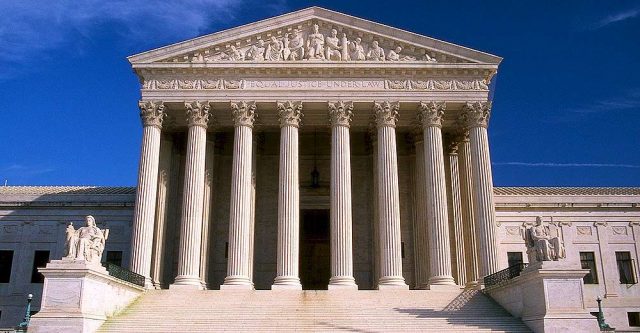 On Friday, June 24, 2022, the United States Supreme Court overturned the Roe v. Wade ruling in a 6-3 vote. This ruling was a result of the court case Dobbs v. Jackson Women’s Health Organization.

The conclusion of Roe v. Wade being overturned started with the court case Dobbs v. Jackson Women’s Health Organization. In this court case, the abortion clinic (Jackson Women’s Health Organization) opposed the state’s Gestational Age Act which banned abortions after 15 weeks. The lower courts that the case was brought up in, declared that the Gestational Age Act was unconstitutional. [1]

A couple months ago, a draft of the Supreme Court’s decision concerning Roe v. Wade was leaked to the public. The public was able to get a glimpse at the decision of overturning Roe v. Wade.

For just under 50 years, abortion has been protected by the Roe v. Wade ruling. But on June 24, 2022, the United States Supreme Court met and voted on whether or not to overturn Roe v. Wade. With a majority vote of 6-3 along party lines, Roe v. Wade was overturned. [2]

The three justices who voted on keeping the court ruling of Roe v. Wade were Stephen Breyer, Elena Kagan, and Sonia Sotomayor.

The overturning of Roe v. Wade gives the states the power to allow or ban abortion. Since the leaked draft of the Roe v. Wade decision, states have been preparing for the ruling all along.

Justice Samuel Alito wrote the majority opinion on the ruling. According to The Epoch Times, Justice Alito commented in the opinion that there are three types of people involving abortion.

The first person is the one who believes that human life begins at conception.

Some believe fervently that a human person comes into being at conception and that abortion ends an innocent life.

Another opinion is that if you don’t let a woman have an abortion, you’re taking away her rights.

Others feel just as strongly that any regulation of abortion invades a woman’s right to control her own body and prevents women from achieving full equality.

The third group of people are those that believe abortion should be legal under certain circumstances.

Still others in a third group think that abortion should be allowed under some but not all circumstances, and those within this group hold a variety of views about the particular restrictions that should be imposed.