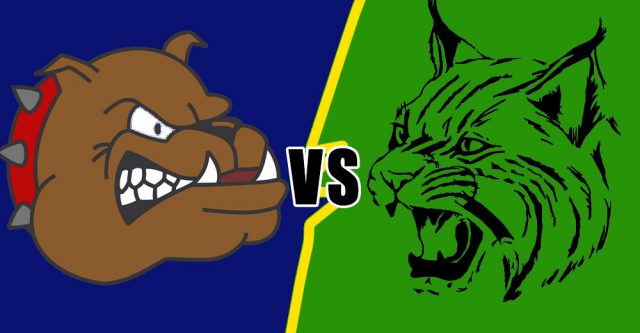 The Bulldogs have an average of 34.2 points scored per game. The defense has allowed 22.2 points per game for their opponent.

The Bulldogs are a good team, having only two close games, one being a loss and one being a win. Both games could have been won with a touchdown and a two-point conversion.

South Callaway’s three losses came from the Monroe City Panthers, Montgomery County Wildcats, and the Bowling Green Bobcats. [3] The losses from the Wildcats and Bobcats (hmm, cats?) had a wide margin of twenty-one points and forty-one points in the order they appear.

The Bobcats experienced their only loss in their season opener against the Hayti Indians. They lost only by two points and did not have their star quarterback, Jayce Haven. Thayer has a nine-game winning streak.

Thayer went up against the once undefeated Hayti Indians. The Bobcats, previously losing to them 30-28 in the season opener, beat them 52-22.

One of the Bobcats’ strong points is their run game. They got six out of their seven touchdowns by the run game in the last game against the Hayti Indians. [5]

The winner of this matchup will either face off against the Windsor Greyhounds (12-0) or the Marionville Comets (12-0) [8] in the State Semifinals on November 28. [9]

Cats versus Dogs; which one will win? Make sure to cheer on either the Thayer Bobcats or South Callaway Bulldogs as they face off in the State Quarterfinals. This game will be held at the South Callaway High School in Mokane, Missouri, on Saturday, November 21, at 1:00 pm!