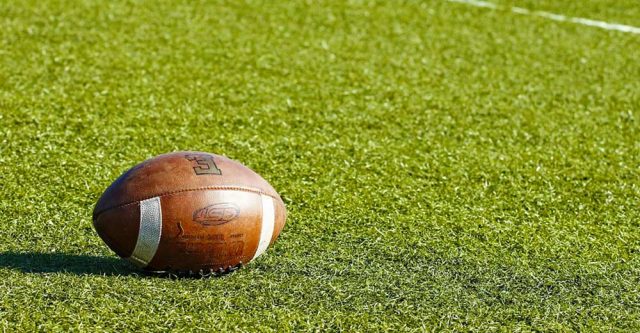 An American Football On A Field

The time has come in high school football for the state championship games. We are down to the Final Four in the Class 1 State Championships. The teams are the Thayer Bobcats (11-1) versus the Windsor Greyhounds (13-0) and the Adrian Blackhawks (10-1) versus the Mid-Buchanan Dragons (12-0).

The Thayer Bobcats (District 1 champions) will go up against the Windsor Greyhounds (District 3 champions) in the State Semifinals at Louis Bozman Field at the Thayer High School in Thayer, Missouri, on Saturday, November 28, 2020, at 2:00 p.m.

The Bobcats are 11-1 with their loss coming from the Hayti Indians. The Bobcats were without quarterback Jayce Haven in the loss. [1] The Bobcats and Indians met again in the District Finals and the Bobcats took the win 52-22. [2]

The Greyhounds are 13-0 with no losses as their record shows. The Greyhounds had only one halfway close game; that game was against the Skyline Tigers. [3]

The Blackhawks had one close game; and it wasn’t the loss. Their loss came from the Butler Bears. The close game was in the win (26-20) against the Lighthouse Christian Chargers. [5]

The Dragons are undefeated as of right now. The Dragons have had no close games this year; [6] their defense has held opponents to few points.

The winners of these two games will advance to the State Finals. The game, as of the posting of this article, will be held at the Blair Oaks High School in Wardsville, Missouri, on Saturday, December 5, 2020, at 1:00 p.m. [7]