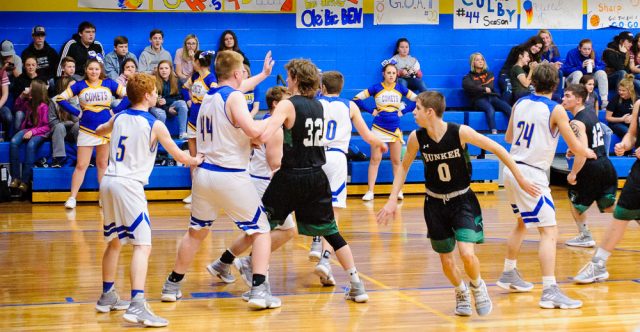 Alton, Mo. – On January 29, 2019, the Alton, MO Comets welcomed to their home court the Bunker Eagles. It was a tripleheader beginning with the lady Comets.

The ladies began the evening with a resounding start. They came onto the court with energy. By the end of the fourth quarter, they had successfully defeated the Bunker team 50-15.

Immediately following the lady Comets, the varsity teams raced onto the court. A quick start to the game put the Comets ahead permanently. The score was 31-20 at the half. Otherwise, it was rather close, basket for basket, until the fourth quarter. The Comets pulled off another win by crushing the Eagles 56-45.

Last but not least was the junior varsity. The Bunker team seemed to be getting wearied as several of their team were also on the varsity squad. But they didn’t give up without a fight. On the other side, the Alton Comets junior varsity was well rested and ready to go out and win.

The court and parking lot were packed to cheer on our Comets to the best of their ability. And none of the people in the stands left disappointed.