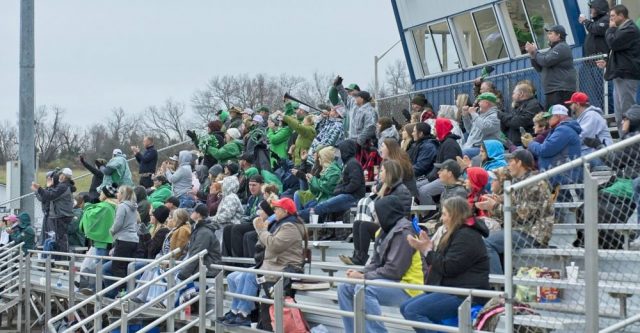 Mokane, Mo. – The Thayer Bobcats (10-1), six times repeating class one district one champions, traveled to Mokane, Missouri, to go up against the South Callaway Bulldogs (7-3) on November 21, 2020. The Bobcats won 42-15, and are heading to the State Semifinals next week.

The Bobcats led throughout the entire game and ended with a margin of 27 points. Both teams switched between running and passing the ball.

While the Bobcats got three touchdowns and extra points by halftime, the Bulldogs did not get their first touchdown until there was 0:3 left in the second quarter. The score at halftime was 21-7, Bobcats.

There were plenty of penalties against the Bobcats in both the first and second half. Neither one of the teams scored in the third quarter. The Bobcats and Bulldogs got more touchdowns in the fourth quarter. With 3:40 left in the game, Kyrin Magnuson, linebacker for the Bobcats, intercepted the football. The final score was 42-15 with the Bobcats taking the win.

There were two injuries in the game; one from each team. In the second quarter, Sam Buckner, quarterback for the Bulldogs, injured his ankle. He continued to play.

Kaden Komm, linebacker for the Bobcats, injured his ankle/leg too.