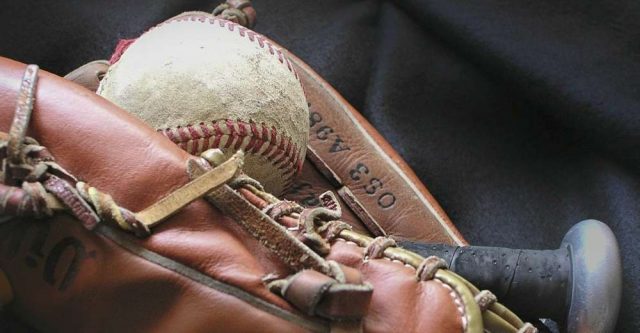 A Baseball, Bat, and Glove.

Today, August 26, the first major league baseball game was televised [1]. This happened in 1939. As television was a new invention, it made quite a stir. More people can watch the same game at the same time, without even being present.

By 1939, television was not a major appliance in homes like it is today. In fact, only 400 televisions were in homes in the New York area alone. It wasn’t until after WWII in 1946 that regular television broadcasting started catching on. By the 1950’s, television sets were more commonplace in everyday homes in America. However, in 1939, the World’s Fair had an exhibit featuring a television. Organizers of the fair thought that the upcoming game would show off America’s technology.

The game was a double header between the Brooklyn Dodgers and the Cincinnati Reds. The game had only two cameras and no replay. Although poor in today’s ratings, the televised game was a huge success. Other sporting venues went after the new televised market. Sales of viewing the games as well as advertising drove the market values up. Athletic events were not afraid of competing against television; they thought of it as a tool to increase viewers.

Television viewers and advertisers did not look back. Now millions of dollars are spent annually for advertising spots during sporting events. These do not even have to be major events, simply anything on the screen is open market for advertisers.