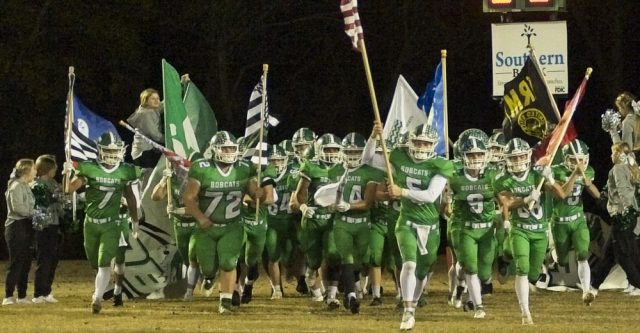 The Thayer Bobcats football team is going up against the Hayti Indians on Friday, August 27, 2021, at 7:00 pm. Before the Bobcats start their season, let’s look at the team.

In the state semifinals last year, the Bobcats lost to the Windsor Greyhounds by 3-point kick.

Some good seniors have left this past year. Some of them include Jayce Haven, the quarterback, Jordan Madden, a running back, and Landon Madden, a linebacker.

Several players will have to step up in the offense. But a good thing is that the offensive line is mostly veterans. Landry Pitts, who filled in for Jayce Haven last year, knows how it feels to be the quarterback and will have a head start in leading the offense.

The defense is as good as anything. For five of last year’s games, the defense only allowed 12 points. Coach Billy Webber said of the team,

It was so impressive to see how the kids stayed together last year. We were eager to play each and every week. [1]

The Thayer Bobcats will go up against the Hayti Indians on August 27, 2021, at 7:00 pm in Hayti. Their home opener will be September 3rd, against the Highland (Arkansas) Rebels.