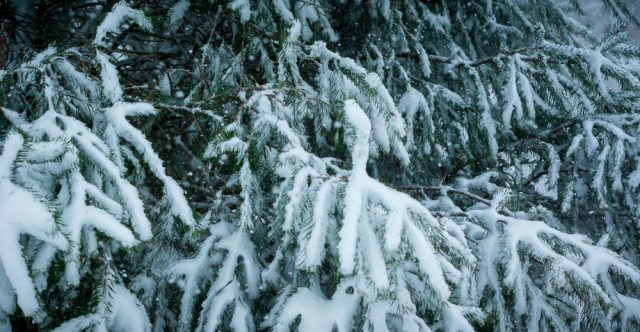 For years now weathermen have been telling us that Alton, Missouri, is going to get snow. After the fourth time receiving less than half the snow they called for, we stopped believing. “Snow? We don’t get snow!” We scoff. So when it was forecasted that Alton would receive a wintery mix of weather on Saturday, we did not think it would actually happen.

But the snow did start falling on January 19th. On Saturday morning NOAA sent out a winter weather advisory for some of the southern counties in Missouri. [1]

This included Howell, Shannon, and Oregon counties NOAA stated that these counties could experience “additional snow accumulations of up to two inches.” Along with “Winds gusting as high as 40 mph.” [2]

It is currently snowing in Alton Missouri and has dropped more snow than predicted. Road conditions can be hazardous in this type of weather. If you’re driving, drive safely and plan on slippery, snow-covered roads.

The combination of falling snow and wind can reduce visibility to less than half a mile at times. The wind chill is expected to drop into the single digits on Saturday afternoon and remain that way until tonight. The wind and low visibility will continue until 9 PM tonight.