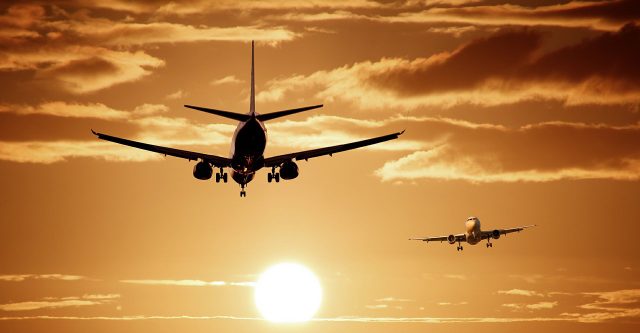 Airplanes against the sunset.

On Friday 70,000 travelers will get to watch their flights be canceled due to Scandinavian Airlines pilots calling a strike earlier this month if there was no agreement on wages along with other terms. Negotiations are still in progress to stop almost all of Scandinavian Airlines 1,500 pilots from going on strike after midnight the airline said on Thursday morning.

Earlier in April, Swedish, Danish and Norwegian pilot group consisting of the Danish Pilots Association, the Norwegian SAS Flyers Association, Scandinavian Norway Flygerforening and the Swedish Air Line Pilots Association called for a strike after an ongoing conversation for higher wages broke down without pilots or employers finding common ground. Scandinavian Airlines (SAS) spokeswoman Freja Annamatz has said that the negotiations are still happening, with national mediators trying to figure out a deal between Swedish, Danish and Norwegian pilots and SAS. The pilot group makes up 95 percent of SAS pilots in Denmark, Norway, and Sweden. [1]

Not Working for a Change

If a strike occurred, it would affect roughly 70 percent of all SAS flights, and if the strike lasted through the coming weekend, it would impact around 170,000 SAS passengers in total, according to Annamatz. The remaining, unaffected, 30 percent of SAS flights are operated by airline partnered to SAS that would not be affected by the strike. [2]

Earlier this week SAS announced that there could be travel issues due to a work strike and offered travelers who were concerned about the strike a chance to reschedule their flight date for free from the April 26-29 period to another date.