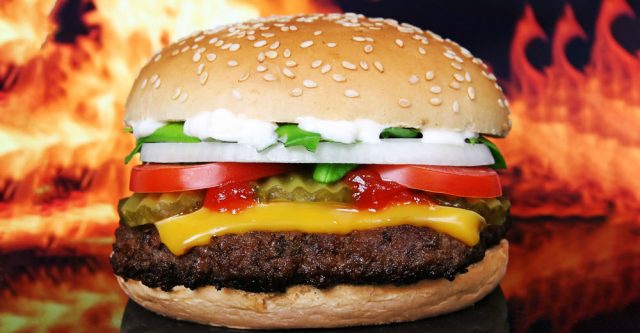 The future is pretty unclear as far as technology goes, will we have flying cars? Will we live on the moon? That might be still unknown to us, but what’s not unknown is that the Impossible Foods company is working to infiltrate the meat industry. Starting with White Castle, and now moving onto Burger King- beginning in the St. Louis area.

Burger King is now selling a meatless version of their famed Whopper. The fast food joint recently teamed up with Impossible Foods- a company that works on manufacturing “meat” from plant-based sources. Impossible Foods has put much time and thought behind the creation of their burgers, trying to create a meat-free burger with the same taste and consistency of a beef burger.

Impossible Foods has already been made available at White Castle, where it is available in the form of sliders in all of their stores. Starting April 1, Burger King is joining the meat-free burger trend, making Impossible Whoppers available at select locations.

Burger King’s chief marketing officer, Fernando Machado, remarked that so far, most of Burger Kings employees can’t taste the difference between an Impossible Whopper and a regular one. “People on my team who know the Whopper inside and out, they try it and they struggle to differentiate which one is which,” [1] Mr. Machado said.

The Impossible Whopper might be meatless but that doesn’t mean Burger King is now catering solely to vegans. Burger King will still be putting their mayo on top- which is not vegan-friendly- focusing more on people who are avoiding meat related health issues or don’t eat meat for ethical reasons. The burger joint will also be selling the Whoppers for a dollar more than their regular Whoppers.

Although currently, the Impossible Whopper is only available at 59 locations around the St. Louis Missouri area, Mr. Machado expects great things from the Impossible Whopper, saying that meat-free burgers are more than just a trend. “We see there is no compromise on taste, and lots of upside on things that people seem to be looking for,” he said. It’s expected that Burger King will be offering the meatless Whopper at all 7,200 of their locations if the trial goes well.