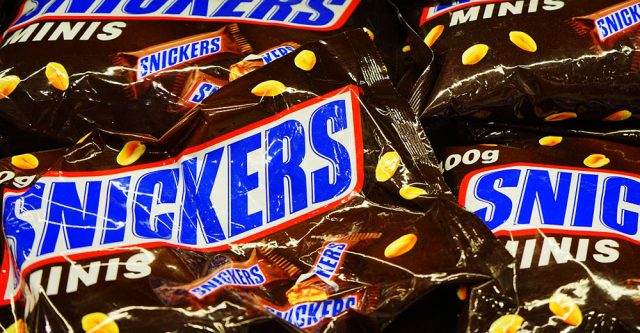 On October 24, Snickers announced a tasty promotional as a Halloween gift for anyone who wasn’t feeling themselves. Snickers revealed that they would be giving away one million fun-size Snickers bars for free- all you had to do was visit their website and redeem a coupon for a bag of the delicious chocolate, caramel, and nut-filled candy. However, although Snickers advertised that the offer was good through October 31, they had completely emptied their “candy bowl.” To the relief of some customers, Snickers has said that they will be refilling their candy bowl on Friday and Saturday.

The date of Halloween may not have changed but we’re still giving out 1 MILLION SNICKERS! See how you can redeem YOURS!

Less than an hour after Snickers announced they were giving out one million pieces of free candy in honor of Halloween, they had already given out 500,000 bars- as well as emptying their virtual “candy bowl.”

All customers had to do was head towards OneMillionSnickers.com to redeem a gift card for a bag of treats. The offer for free candy was available through October 31 or “while supplies last.” While one million snickers bars might sound like a lot, half of the candy disappeared in an hour causing the “while supplies last” part of the deal to come into effect.

This morning, customers who went to claim the offer were greeted by a message claiming they were “refilling” the candy bowl and to “check back shortly.”

You might be hungry and not feeling like yourself right now- especially after missing out on free candy- but don’t be scared!

A spokesperson for snickers has confirmed that they are refilling their bowl- they’re just trying to make it last longer so that everyone has a chance to get some free candy. The delay in refills is calculated: “[T]o make sure as many people as possible have their chance to grab a bag of Snickers Fun Size, we are spreading out the redemptions over a few days,” says the spokeslady. [1]

Their bowl will be refilled October 25 and 26 according to the spokesperson, but if the previous bowl was any indication of the future- you’ll have to act fast.