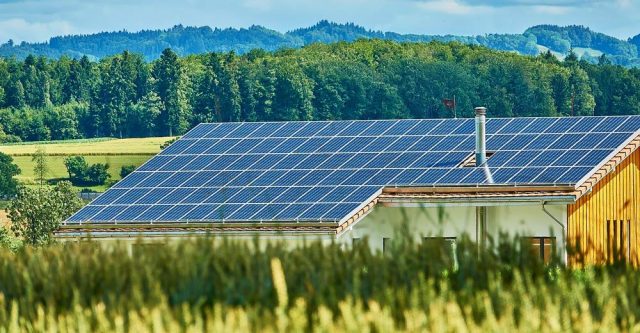 Solar panels on the roof of building

The city of West Plains, Missouri, held the groundbreaking ceremony for their solar panel farm on Thursday, April 8, 2021, at 10:00 am.

The spokesman at the ceremony said,

As planned, the farm will generate 8 megawatts ac, which will be enough energy to power over one-third of the homes in West Plains. [2]

Their is a partnership between the city of West Plains and Evergy in Kansas City. Evergy will be the one building the farm. [3]

The city of West Plains is planning to have the solar farm done one year from now- in the spring of 2022. The solar farm is 40 acres. The farm will have 26,000 panels. This farm is the largest municipal owned solar farm in the state of Missouri. The spokesman also said further on in the speech,

The 40 acres solar farm will be developed over the next year. It will be Missouri’s largest municipal owned solar farm. [4]