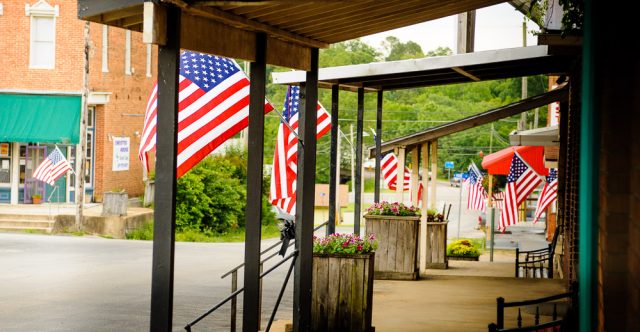 Alton, Mo. – On June 14, 1777, the United States adopted the U.S. flag; on that day, Congress also adopted “the American continental army.” Today, 244 years later, we still celebrate Flag Day across the country by putting up flags and paying respect to the American flag. Although the birthday of our army is often overlooked, we observe that today as well.

Flag Day was not an official day until in 1916; President Woodrow Wilson issued a proclamation that made June 14 Flag Day. Later, in 1949, Congress established National Flag Day; however, even though Flag Day is a recognized holiday, it is not a federal holiday.

On June 14, across the United States, people and businesses hang their flags outside. Some towns hold parades on Flag Day, one of the oldest Flag Day parades is held in Fairfield, Washington. They’ve been keeping a Flag Day parade every year since 1910, with the exception of 1918.

Although Alton, Missouri does not hold a parade on Flag Day, the town still is happy to join the rest of the nation in the celebration of Flag Day. Businesses on and around the square always put up the U.S. flag. The courthouse was decked out in flags today as well. The Alton Bank, library, and most of the buildings located on the square all had their flags out.

Besides Flag Day, today is also the birthday of the U.S. Army. Today President Trump released a message saying that he was “pleased” to celebrate the birthday of our Army.

“For nearly two and a half centuries, the United States Army has been synonymous with duty, honor, and discipline.” [1] Trump continued, “as part of the most elite fighting force the world has ever seen, our soldiers fiercely defend our national security at home and abroad.”

“May God watch over all the men and women of our Armed Forces and their families, and may He continue to bless the United States of America.”

Happy #FlagDay! 🇺🇸 One of our most iconic images is of Buzz Aldrin saluting the American flag on the surface of the Moon. Did you know that over the next 3 years, 5 more flags joined the one left by Apollo 11? Learn more about stars & stripes in space: https://t.co/dKBILoZt8W pic.twitter.com/jVfU65PuQq