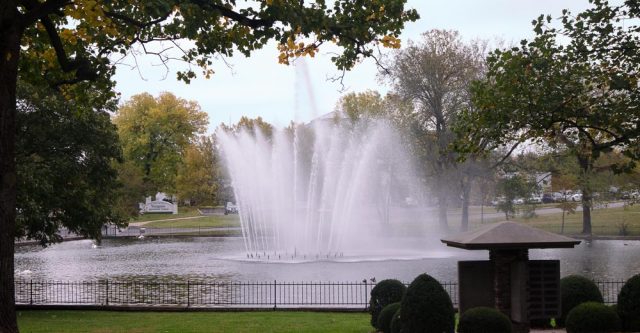 College of the Ozarks fountain

The College of the Ozarks is suing the Biden administration for an executive order he signed [1]. This order protects people who claim to be LBGTQ from discrimination in federally funded housing.

Who Is College of the Ozarks?

College of the Ozarks is a small Christian college in southwest Missouri, more pointedly, in Point Lookout, Missouri. Forbes dubbed the college as “Bible Belt Ivy” [2]. The college has an 11% acceptance rate for incoming students. This place of higher learning sets itself apart because of its Christian values and its insistence that each of the 1,500 students work in exchange for tuition. By the time a student graduates, he has no debt- contrasting sharply with other secular universities.  College of the Ozarks is commonly called ‘Hard WorkU’.

President Biden signed an executive order mandating the Department of Housing and Urban Development protects LGBTQ persons from discrimination in federally funded housing. Since colleges get money through government funding in the form of loans, grants, and contracts, they are subject to these orders.

Who Is Bringing Suit?

The College of the Ozarks has teamed up with the Alliance Defending Freedom (ADF) to bring a lawsuit against President Biden, U.S. Department of Housing and Urban Development, Marcia Fudge as secretary, and Jeanine Worden as assistant secretary. ADF is a powerful nonprofit advocacy group for conservative legal causes.  ADF’s vice president for legal strategy, Ryan Bangert said,

ADF was founded in 1993 for the purpose of keeping the doors open for the gospel [3].

The suit aims to protect the school’s ability to prevent transgender students from living in dorms that align with those students’ gender choice. Bangert went on to say,

The school believes that the Bible teaches that people are created as males and females. We’re designed by God in that way [4].

The college is claiming that it is entitled to a religious exemption from the federal civil rights law known as Title IX. The complete brief is public and can be read here.