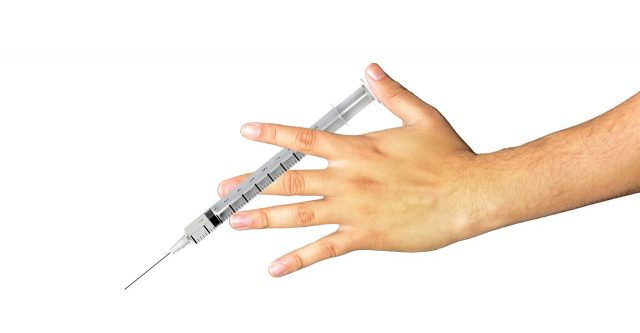 Measles might be an eliminated disease but the measles epidemic is far from over these days. A county in New York recently declared itself to be in a state of emergency after over 100 people were diagnosed with measles.

Officials of Rockland County, in New York, announced that on Wednesday, March 27th, anyone under 18 who has not yet been vaccinated will be banned from any public place. They will continue to be banned from public places until they receive the MMR vaccine or until the emergency declaration ends- which will be in thirty days.

Public places in this context are defined as “any place where people get together for civic or social reasons,” which include schools, shopping centers, and restaurants. Outdoor areas, such as playgrounds, are not included, according to the county officials.

Although law enforcement will not be asking for vaccination records, if a parent is found in violation of this their case will be given to the district attorney and they could face up to six months in jail and a $500 fine. “We must do everything in our power to end this outbreak,” Rockland County Executive Ed Day said.

There will be exemptions for those with confirmed medical reasons. The Rockland Department of Health will have free MMR vaccinations all week for residents.

The measles outbreak in Rockland County began in October of 2018 and has continued to live on, infecting more people than any other current outbreak in the country. Over 150 confirmed cases have been reported in the county since October. [1] By the first week of March there were 275 cases throughout the state of New York. [2]