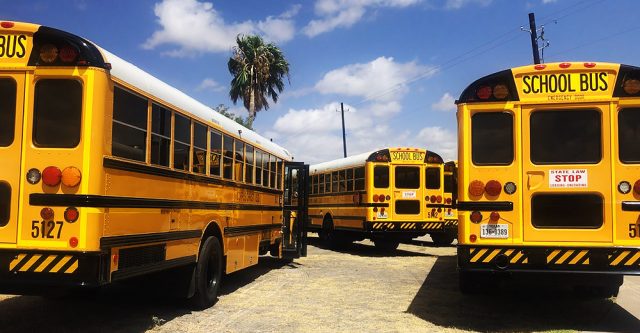 In a Florida school, a physical education teacher was reprimanded for refusing to supervise a biologically female student. The female middle schooler, who identifies as male, attempted to get undressed in the male locker room, surprising the male students.

On September 27th a biologically female middle schooler was allowed entrance into the boy’s locker room for the first time. This student was allowed to undress in the open locker area, and shower in the open showers.

The male P.E. teacher was informed about the student beforehand but objected to continue supervising inside the locker room. He refused to “knowingly place himself in a position to observe a minor female in the nude or otherwise in a state of undress,”. [1]

Although the P.E. teacher is required to supervise the happenings inside the locker room, he refused to do so, and the school administrators are now transferring him. This transfer is because “he was not doing his job” supervising the locker room.

“Unfortunately these things are going on across the country, primarily with school psychologists and guidance counselors,” said Mast. He noted that it’s standard for public schools to pass transgender policies without informing parents, voters, or taxpayers first. That means the public only hears about it after children have been affected, withholding all opportunities for parents to prevent their child’s exposure to this kind of sexual indoctrination, confusion, and exploitation. [2]

According to the Federalist, it appears that the transgender policies were put into effect without informing the school board, voters, or parents. The policies were implemented after the school hired Jackie Jackson-Dean, a school psychologist, as the schools LGBT liaison.