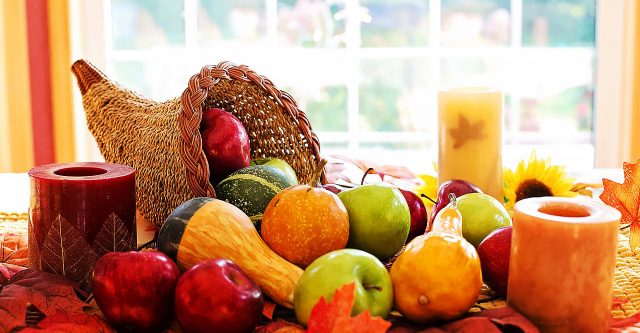 What is Thanksgiving? Is it the Macys parade? Turkeys? Maybe a table full of food, surrounded by family. If we go far enough back into our memory vaults, we might be able to remember the much-referenced “first Thanksgiving” which occurred in the Plymouth Colony by the colonist. It might be handy to know some history about Thanksgiving this holiday.

Later, the United States’ first president, George Washington,  made a Thanksgiving proclamation. In that proclamation, he recommended that the people of the U.S. thank the creator for his protection and benevolence.

Now therefore I do recommend and assign Thursday the 26th day of November next to be devoted by the People of these States to the service of that great and glorious Being, who is the beneficent Author of all the good that was, that is, or that will be. That we may then all unite in rendering unto him our sincere and humble thanks, for his kind care and protection of the People of this Country previous to their becoming a Nation. [1]

Between George Washington’s proclamation and Abraham Lincoln, there were many presidents who did not make a Thanksgiving proclamation. The states could celebrate if the wished, and many had them at different times than each other. When Lincoln was in office in 1863, he made Thanksgiving a federal holiday. Since then, Thanksgiving has been observed annually in November.

They are the gracious gifts of the Most High God, who, while dealing with us in anger for our sins, hath nevertheless remembered mercy. It has seemed to me fit and proper that they should be solemnly, reverently and gratefully acknowledged as with one heart and one voice by the whole American People. I do therefore invite my fellow citizens in every part of the United States, and also those who are at sea and those who are sojourning in foreign lands, to set apart and observe the last Thursday of November next, as a day of Thanksgiving and Praise to our beneficent Father who dwelleth in the Heavens. [2]

This Thanksgiving we can take a brief moment to thank God for his blessings and protection that he’s given us throughout the year.