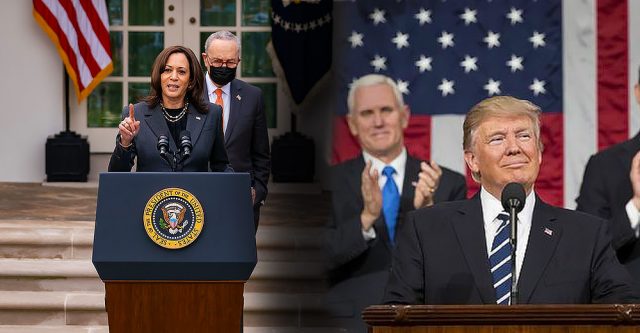 The United States has a very differing view of life coming from the current administration contrasting sharply with the previous one. Nothing points this out more than the recent march, or parade, the Vice President Harris took part in. While as President, President Trump was the first President in history to attend the March For Life. In contrast, Vice President Harris, along with her husband Douglas Ermhoff, marched in the Capitol Pride walk, pointing out her support of gay/lesbian individuals and the special treatment she feels they deserve.

Let’s compare the two and their participation.

As President, Trump was proactively pro-life. He appointed pro-life judges and federal workers. Trump cut taxpayer funding of abortions here and abroad [1]. As President, he was the first sitting President to attend in person a March For Life rally, thereby aligning himself with those who chose to not kill a baby in its mother’s womb. At the National Mall in Washington, DC, President Trump gave a statement about defending the life of the born and unborn [2]. Clearly, Trump believes each life has importance.

Vice President is different by far. She just returned from a trip to Guatemala which did not portray her in a favorable light. She was pressed several times about visiting the border and the crisis there. However, this past weekend, Harris found time to march in the Pride march in Washington D.C. with her husband. Several pictures show her smiling and enjoying the event. She took the time to stress the importance of Congress passing the so called Equality Act. This bill does not promote equality to all, just certain non-religious groups.It also disables women and girls in sports as they would not have to compete against men and boys.

Citizens of the United States condemn her actions, asking why she has time for this march, but no time to check on the southern border [3].