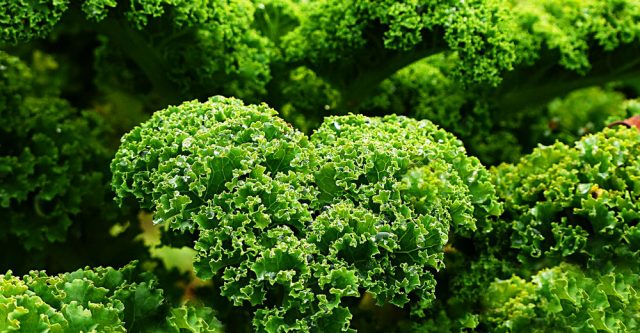 Kale is always talked about as being one of the healthiest vegetables, after all, if it’s not spinach your mother wants you to eat, it’s kale. But just because a plant is known for being highly nutritious doesn’t mean it is always healthy. According to an analysis by the Environmental Working Group, kale is one of the top twelve fruits and vegetables known to be “dirty” (covered in pesticides).

“We were surprised kale had so many pesticides on it, but the test results were unequivocal,” said EWG Toxicologist Alexis Temkin in a press release. [1]

Kale isn’t the only surprising produce to make the list; spinach was also on the list. Next to kale and spinach on the Dirty Dozen were strawberries, nectarines, apples, grapes, peaches, cherries, pears, tomatoes, celery, and potatoes.

Over 92 percent of kale still had residue from at least two separate pesticides after being washed. Some kale had up to 18 different pesticides still on their leaves after they were washed.

Pesticides are extremely helpful when it comes to growing fields of produce. Pesticides help keep the insects down as well as protecting the plant from weeds and infections. Unfortunately, research has shown that eating pesticides is not good for your health.

If you’re not going to buy organic produce, which can be overpriced and occasionally suffering from bug bites, try to wash your produce thoroughly before consumption. “The health benefits of a diet rich in fruits and vegetables outweigh the risks of pesticide exposure,” EWG Research Analyst Carla Burns said.