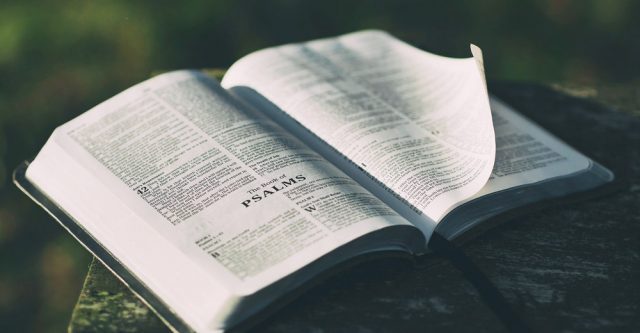 Frank Devenuto (who was a candidate for state representative) submitted a paper MORALITY AND EDUCATION. This is part one of a two-part series. Part 1 can be read here.

A. The debate of teaching morals within the public school system has been hotly debated due to the misunderstanding, intentional or unintentional, of the words morality and religion.

One side believes the words have separate meanings and therefore morality can be taught apart from religion in the public school system so as to remain neutral; the other side believes the two are inexplicably linked. The main tactic used by opponents, fallacy of equivocation, shifts the meaning of words during an argument (Lisle, 2009) to misrepresent and mislead others. Specifically the word “worthy” coupled with the mischaracterization of God were the foundation for keeping the two words separate and distinct (Ramberan, 1977).

It is obvious opponents do not have a clear understanding of the God of the Bible and ironically use their own personal sense of morality in an attempt to discredit religious undertones found within morality. One proponent of restoring morality into the school system acknowledged “morality and religion are so closely intertwined and integrated that it is not possible to attempt to study one without some understanding of the other” (Ramberan, 1977, p. 515). He understood and adequately explained that one could teach morality in school but would have no basis for doing so; in essence it would be one person or one group’s version of morality.

He concluded one “cannot truly be said to be educated morally if he is not brought into some form of confrontation with…God” (Ramberan, 1977, p. 527).

B. Due to the controversial content of the research and the unconstitutional ruling of separation of church and state coupled with morality’s intertwining with religion, no actual plan of implementation or forward progress has occurred in over twenty years.

Many parents worried about ever increasing immorality and violence “have agreed to give public school a role in teaching ethical principles” while those opposed “think moral education belongs exclusively to the church and home” (Noel, 1997, p. 15).

Although there is a compelling case concerning the intertwining of morality and religion, those who hold sway over the public school system will never allow religion in.

C. Over time, both “secular and church–related educators” agreed morality needed to be included but have been in disagreement over how it is to be accomplished.

This battleground also became an issue of what parents wanted and what formally trained experts sought. “School teachers, ministers, and education administrators” were excluded while “college professors” sought scientific knowledge / research for “their efforts” (Wynne, 1985, p. 8). A wide chasm exists between those who want a return to transmitting moral values and those who oppose any type of indoctrination.

D. Additionally, any type of education in the school is inherently indoctrination since students cannot refuse to attend school nor are they allowed to hear and discuss alternative viewpoints.

One view concludes that “school is and should be indoctrinative” in nature – the determining factor being what will be taught to the students; the irony of secular teaching in school being called non – indoctrinative should be noted (Wynne, 1985, p. 9). Years ago, the president of a New York college stated, “An educational system that is amoral in the name of scientific objectivity, thus devours its young…students grow up as ethical illiterates and moral idiots” (Noel, 1997, p. 14).

President Theodore Roosevelt famously said, “To educate a man in mind and not in morals is to educate a menace to society.”

E. Those who oppose reform cannot articulate a valid alternative to teaching morals especially in light of the fact that moral teaching invariably leads to a religious underpinning Gutierrez, 2005).

Even those who espouse neutrality within the school walls are supporting the religion of secular humanism / atheism as it was declared a religion by the courts (Comfort, 2011). Those who deny God exists can be morally good, and many are, but they ultimately have no logical basis to do so apart from Christianity.

Those who fled to America and our Founding Fathers firmly believed that the God of the Bible was the only appropriate standard for teaching morality, living morally, and preserving society.

Without a foundation for morality, and religion be default, any person, group, or government can determine morality. This ideology leads to situational ethics and what is best for each person (Judges 21:25). What is the purpose of teaching honesty, integrity, goodness, and citizenship if there is no basis for it other than from someone in charge? Ultimately those in power determine what is moral and decide right from wrong.

Even if morality were allowed back into the public education system, what moral standard is to be used? Os Guinness (2013) broke the world’s religions into three basic groups: eastern religions (such as Hinduism, Buddhism, New Age, etc.), western religions (Christianity, Islam, Judaism), and non-religions (atheism, naturalism, Marxism, etc.). With over thirty-three million gods from which to choose just within the eastern religions presents a daunting challenge of selecting the right moral system to teach.

Whatever worldview / morality is selected must be logically consistent while corresponding to reality (understanding God, the world, and ourselves), provide explanations for the laws of science and nature, must be lived consistently while explaining right and wrong, and where evil comes from (Beckwith et al., 2004). Those who fled to America and our Founding Fathers firmly believed that the God of the Bible was the only appropriate standard for teaching morality, living morally, and preserving society.

A. According to Pat Robertson,

Public education neglects “and ridicules the Judeo – Christian heritage of this nation… he called for the abolishing the Department of Education…and returning public schools to local control” (Roberts, 2002, p. 17). Taking criticism from opponents for imposing “his personal values on others” Robertson stated he was attempting to “restore the foundations of America’s institutions” back to Judeo–Christian values (Roberts, 2002, p. 18).

Many advocate for the return of prayer in school in order to “restore American values to young people and rescue a failing education system” but “recent that the Supreme Court and lower courts constantly thwart the will of educators, parents, and students” (Marzilli, 2004, p. 21).

However, with organizations like the ACLU, this option has been successfully overturned in every court case.

…values clarification became the method to teach moral education in the late 1970s without invoking religion while addressing moral decline. However, due to protests from all sides, this movement underwent numerous iterations and finally, in the 1990s, became the “character education movement…met with significant success…teaching classical moral virtues without touching on religious questions” (Roberts, 2002, p. 13).

Even this program was fraught with resistance and problems, particularly that it encouraged students “to define their own moral values free of adult imposition…aimed at eliciting feelings from students rather than practicing right behavior” (Noel, 1997, p. 13). Parents were removed from teaching their children as “relativism and moral ambiguity” replaced family values (Shrader, 2008, p. 74).

C. Many schools use the PBS (Positive Behavior Support) to reward students who exhibit positive behavior.

Additionally, schools across the nation are implementing the DOJO system to reward positive behavior. This online program is designed to “Improve classrooms by giving students positive feedback for any skill, like participation, persistence, or curiosity…” (ClassDOJO, n.d.). Teachers utilizing this program predetermine what behaviors constitute earning or losing DOJO points prior to program implementation.

Unfortunately, both programs are completely subjective to the whims of individual teachers. What one teacher considers positive behavior such as passing out papers to students is considered expected behavior to another, thus causing confusion and animosity within the student body.

Due to the lack of morality in school and society, over forty percent of homes are run by a single mother or no father present (due to a high divorce rate), over 500,000 young people are involved in prostitution to support drug addictions, nearly one million teenage women will get pregnant out of wedlock with nearly half aborting their babies, over eleven hundred teens will attempt suicide each day, and over half of churched teenagers will be sexually active (Farrar, 2003).

Can Morality be taught by example?

Some believe there is a difference between teaching morally via personal behavior and teaching morality. The former is only as effective as the students understanding what is considered positive behavior. Teachers may not lie to students but without being taught lying is wrong most students will continue to lie since the behavior has not been addressed as inappropriate.

“To educate a man in mind and not in morals is to educate a menace to society.”— Theodore Roosevelt

There are several deficiencies in the latter course of action. As previously noted, morality cannot be taught without a basis in religion and this option becomes untenable due to government intrusion. Also, a teacher’s basis of morality, or lack thereof, may conflict with an established societal or religious norm.

How can a teacher who lies effectively teach morality about not lying? Students very quickly see the hypocrisy of this scenario and disregard the instruction unless it is required for a promotion or higher grade. Also called into question is the teacher’s intent when modeling morals and/or teaching morality. One must be able to discern if a teacher is proselytizing or behaving normally (Fenstermacher, Osguthorpe, & Sanger, 2009).

The issue of who defines moral behavior as well as the standard of morality comes to the forefront. Although various programs have been instituted throughout the United States, they have been met with limited success if there was no strong cultural or societal moral / religious fabric already in place (Gutierrez, 2005; Fenstermacher, Osguthorpe, & Sanger, 2009).

Those which showed some success realized better health, increased self-regulation of emotions, higher academic achievement, and improved social interactions in the short term and later in life for the students (Flook, Goldberg, Pinger, & Davidson, 2015).

Due to the Supreme Court’s decision to remove prayer and religion from the schoolhouse and courthouse, religion as the backbone of civic duty, education, and daily life has been “de-legitimized.” Caring for one’s neighbor’s and community because of moral fortitude has been replaced by federal government handouts and the media’s push toward globalization of ideals and values (Gutierrez, 2005, p. 70).

This push is working to develop a spiritual revolution based on emotions that removes individuality and replaces it with a sense of worldwide community; in other words a “secular morality” (Gutierrez, 2005, p. 71).

This is a dangerous precipice in which a world community determines morality, what is good, and what is evil as the ideals of absolute truth are removed from society. Students and society must learn that absolute truth exists, conforms to reality, is mutually exclusive to any falsehood, and cannot be redefined to fit government, community, or individual opinions or emotions.

The United States will continue its moral decline until it no longer exists if the Church / Christian believers do not repent of sin and are revived by the Holy Spirit (II Chron. 7:14; Neh. 1; Dan. 9; Acts 3:19; James 4:8-10). If not, then this country will slip into the pages of history just as previous nations which collapsed from within.

Frank Devenuto (who was a candidate for state representative) submitted a paper MORALITY AND EDUCATION. This is part one of a two-part series. Part 1 can be read here.