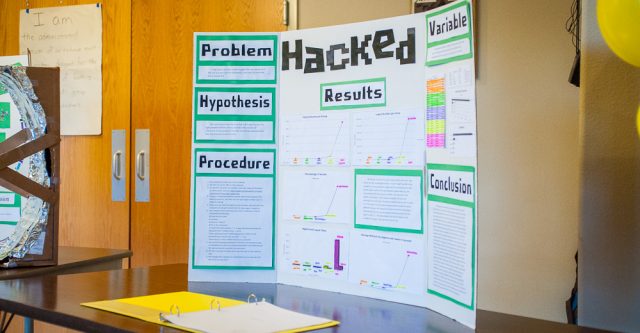 First, the students set up their science project displays. A representation of a variety of interests and age levels showed up.

Next, the students competed in assorted science games, activities, and smaller competitions. These ran from astronomy and making constellations from marshmallows to physics and catapulting Easter candy birds. Other games included pretzel towers and estimating weights of popcorn kernels. Yes, students of any age retain material better when food is involved.

Around 11:00 a.m. judges arrived to judge the science projects in a neutral, unbiased manner. Meanwhile, the contestants stayed busy in another room.

Each contributor won a participant ribbon. The champions won larger ribbons and monetary awards. This seems to be an anticipated annual event.