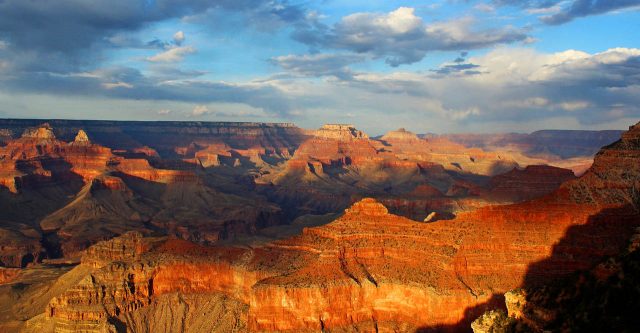 The Grand Canyon is one of the most popular of the United States national parks. Over six million people travel to the Grand Canyon a year for tours, the scenic views, and various activities the park offers.

The Grand Canyon was “discovered” in the early 1540s by Francisco Vásquez de Coronado [1]; it remained unvisited for a couple of hundred years. Lt. Joseph Ives wrote, after a steamboat expedition, that he didn’t expect anyone to visit the Grand Canyon in the future.

“Ours has been the first and, doubtless, will be the last party of whites to visit this profitless locality,” he wrote. “It seems intended by nature that the Colorado River along the greater portion of its lonely and majestic way shall be forever unvisited and undisturbed.” [2]

President Woodrow Wilson signed the Grand Canyon into a national park in 1919. The park was officially made in a park on February 26th, and a celebration is scheduled at the South Rim of the park along with other events at various locations programmed for later in the year.

With every year the park gets visited by over 6 million tourists who leave with a sense of awe after seeing the deep valleys and colorful rocks. The Grand Canyons popularity continues to grow along with the time it has spent being a park.