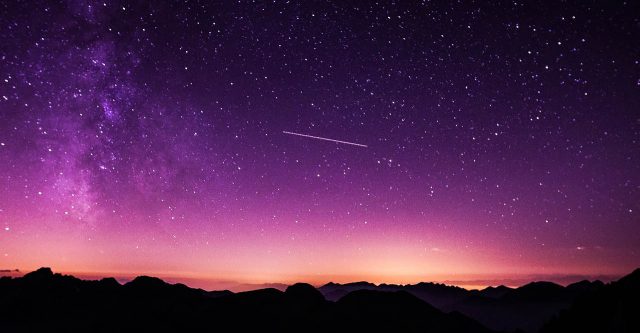 Stars in a purple sky.

On January third the first meteor shower of 2019 is happening. Mid-northern states will get the best views of the meteor shower AccuWeather reported especially since there is no moon to ruin the show.

Anywhere from 60 to 100 meteors can be seen per hour during the peak hours of a shower. The central and south western states will have the best  viewing conditions. Clouds and storms in the northwest and southeast will hinder viewing of the meteor shower. [2]

Do You Need Anything?

Meteor showers or Quadrantids can be seen just as easily as falling stars. This makes it easy for anyone to watch for them at night since no equipment is needed. It’s easier to spot meteor showers when it’s all dark out so it’s recommended to move away from any lights while star gazing. Since the moon is a waning crescent, the sky will be dark and the stars will be bright. Make sure to dress for the weather if you plan on staying out longer than a few minutes.