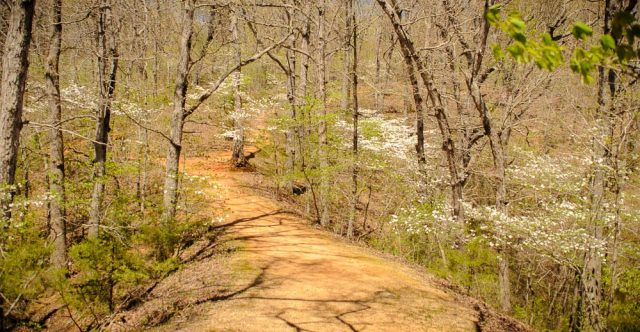 Trail through the woods.

Alton, Mo. – Back on September 1, 2022, Alton City Council had arranged to meet with MODOT (Missouri Department of Transportation) and others to promote the Ozark Scenic Run Byway. That meeting was canceled due to threats and discouraging emails. Howell County had a meeting also and they experienced similar results. Here are the findings.

What Is Against The Bypass?

Local residents do not want this named Scenic Byway for a number of reasons. However, the reasons are similar no matter the county. The main concern is ‘government intrusion’. As the federal government increases in size and power and while its departments harass innocent citizens while refraining from upholding the law, small towns attempt to ward off future government interference in their lives by stepping up and saying ‘no’.

When opening up the idea of a scenic byway to the public, opinions oppose government intrusion and regulations. The public also rejects increased tourism [1]. Howell County native Stacey Eagleman says what is on many people’s minds,

Although these ideas from Howell County are made public, other counties, like Shannon County, do express the same thoughts and ideas. After many governments, local and federal, went beyond their enumerated powers by mandating shutdowns and enforcing an untested substance into people’s bodies, local working families are hesitant to trust the government.

Sometimes, time changes the mind of its citizens. Perhaps after the elections, some will have a change of heart about matters. Most residents do not mind newcomers to the area, as long as these newcomers do not interfere with the residents’ lifestyles. Perhaps the idea of a noted scenic byway should be tabled at present, to be reawakened at a future time. But it is up to the citizens of each county to decide what is best for them.