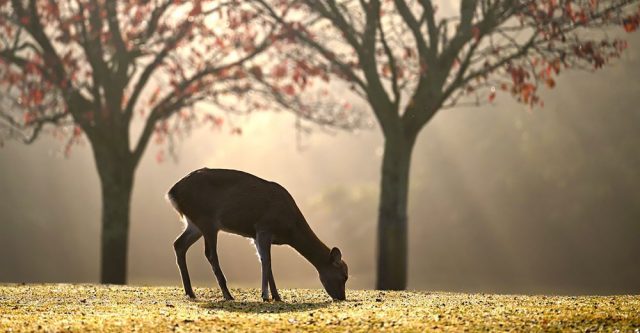 A deer gracing in some grass.

Early data from the Missouri Department of Conservation (MDC) shows that fewer deer were harvested this firearm season than in the past. Some of that falls on the hunters as the opening weekend was cold and rainy. Usually, the first weekend accounts for half of the deer taken. [1] The season also ended windy, making deer movement slight. Also to note, the MDC reports only three firearms incidents this season, all being non-fatal.

The MDC preliminary data shows 176,604 deer harvested. That’s down from 179,960 of last year. In numbers, 95,654 antlered bucks were taken this year compared to 91,917 last year. 16,045 button bucks were harvested this year down from 17,330 last year. A big jump came in the number of does that hunters harvested. This year, hunters took 64,905 does in comparison to 70,713 last year. The top harvesting county in the state is Howell county with 4,698 deer taken. Texas county came in number three for deer taken.

What About Oregon County?

Oregon county did not fare too badly. We harvested a total of 3,580 deer this season. Breaking it down, there were 1,627 antlered bucks taken, 389 button bucks, and 1,564 does harvested. Not bad.

Youth season antlerless season, and alternative methods seasons are coming right up. The MDC encourages hunters to get out and enjoy the weather and the sport.