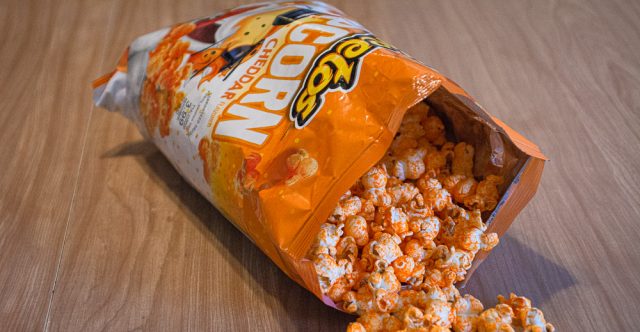 Alton, Mo. – Hate ’em or love ’em— this is about Cheetos. Those orangey, messy, salty, crunchy conglomeration of all things not healthy for your body.

Cheetos were invented by Charles Elmer Doolin, who is Fritos creator, in 1948. Doolin did not have the production or distribution capacity to support a nationwide launch. [1] Doolin then partnered with Herman W. Lay, who was a potato chip businessman, for production and distribution. In 1948, Cheetos was introduced nationally in the U.S. With Cheetos being a success, Doolin and Lay joined companies and created Frito-Lay Inc. Frito-Lay Inc. then joined with the Pepsi-Cola Company to form PepsiCo in 1965.

As hard as it may be to believe, Chester Cheetah was not always the Cheetos mascot. The first mascot was a mouse, named Cheetos Mouse. Chester Cheetah became the mascot in 1986.

Cheetos Dust Has A Name

After you eat a bagful of Cheetos, you have orange fingers. You may have just called it Cheetos dust, but there is a name for it. The name for the orange dust on your fingers is Cheetle. [4]