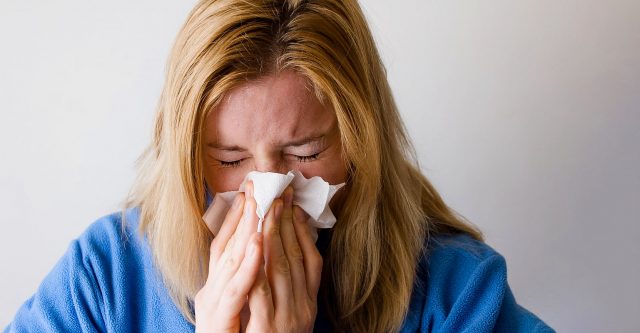 So far only three deaths from the flu have been reported in Southern Nevada. Compared to last years hundreds of deaths in Nevada, the 2018-2019 flu season is looking cautiously optimistic so far.

A child who was under four years old and two adults between the ages of 50 and 64 were killed by the illness, according to a news release. [1]. By the 52nd week of the 2017-2018 flu season over 30 child deaths tied to the flu had occurred.

The 2017-2018 flu season was violent. It began in the early fall and quickly swept the nation.

Normally the flu season peaks in January and February, but in 2017 the flu started popping up in early fall. Over 79,000 Americans had flu-related deaths during the 2017-2018 flu season. [2]

How Does This Season Look

So far it is too early to tell whether 2018-2019 is going to be a severe flu season. For the 2018-2019 season, just 57.9 percent of Americans got a flu shot. [3] That’s a slight drop from the 59 percent from 2017-2108. The flu shot reduces your chances of getting the flu and reduces the chances of a healthy person acting as a carrier and passing the flu onto someone with a weak immune system.

You should get vaccinated in October but getting your shots later can still be useful and help prevent illness or deaths in your community.

More ways to help prevent spreading the flu you can take everyday preventive actions like staying away from sick people and washing your hands to reduce the spread of germs. If you are infected with flu, stay home from work or school to prevent spreading flu to others.