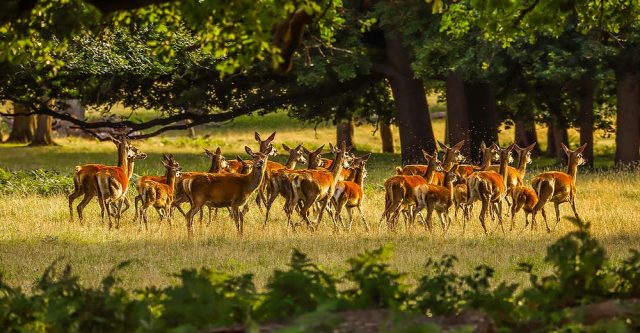 A herd of deer in field.

Of all of the deer taken, 1/3 of them were bucks. The rest were does and a small percentage were button bucks. A big cool down from the summer heat enabled hunters to get out and take advantage of the hunting season opener. An abundance of acorns brings out deer.

Hunters may purchase any number of archery antlerless deer hunting permits. However, only one antlered deer may be taken before November 14. In total, a hunter may take only two antlered deer during the archery and firearm seasons combined. [1]

During bow season, longbows, compound bows, and recurve bows are permitted. Crossbows and handheld string release devices are also legal. Illuminating sights and scopes are permitted in Missouri. Crossbows used to be allowed only by special permission. They are no longer under exemptions.

When Is The Season?

Missouri archery deer season began September 15 and lasts until November 1,3 when it closes for firearm season. Afterward, it reopens on November 25 until January 15, 2021.