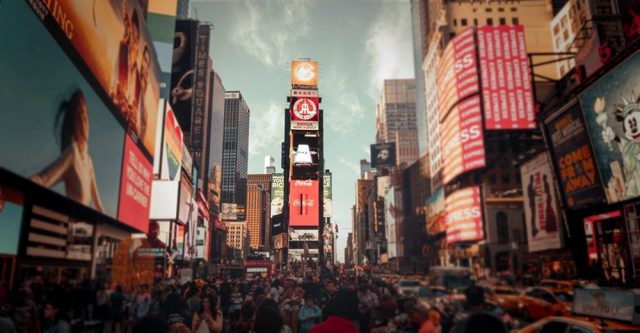 Times Square is known worldwide as the center for New Year’s celebrations and countdowns. However, this year the city closed Times Square to all spectators. Only invites guests were allowed in. Only special people.  Although police, as usual, set up roadblocks on Thursday and moved pedestrians along, New York City Mayor DeBlasio and his wife were considered showing off and having a double standard while dancing at Times Square, bringing in the New Year.

The first New Year’s Eve celebration in Times Square was held in 1904 [1]. It grew until 1907 New York’s Times Square held a special New Year’s celebration which featured the ball dropping. It was originally constructed from wood and iron and lit with 100 light bulbs. It weighed 700 pounds. This ball has been a focal point every year since 1907 with the exception of 1942 and 1943 in observance of wartime blackouts. Times Square Alliance and Countdown Entertainment organize the year-end event. At least 1 million people attend it each year. with more watching on television.

The fun perks up around 6:00 p.m. when a large clock begins the countdown until midnight when the ball dri=ops, signifying the end of the previous year and the beginning of a new year. Bands play and celebratory hats and balloons and noisemakers abound. As a fun fact, at least 3,000 pounds of confetti is dropped at midnight. Some of the confetti is inscribed with words of hope for the new year.

This year, Times Square celebrations were closed to the public. Unsure who issued the edict, the news sources simply told people to stay away, preferably at home for the event. The blame is on COVID, again. Nonetheless, frontline workers, their families, and select media were deemed essential to attend the event [2]. Mayor DeBlasio must see himself as essential as he is shown across the web dancing with his wife at Times Square. Many people are calling this a double standard. Why should he allow himself to go in public when few others can? Is this what DeBlasio means when he says [3],

We’re going to show people what it looks like to recover.

Local residents are complaining loudly on social media. They, too, want to be a part of the recovery, not merely onlookers. For now, businesses are closed due to DeBlasio’s edicts and mandates.