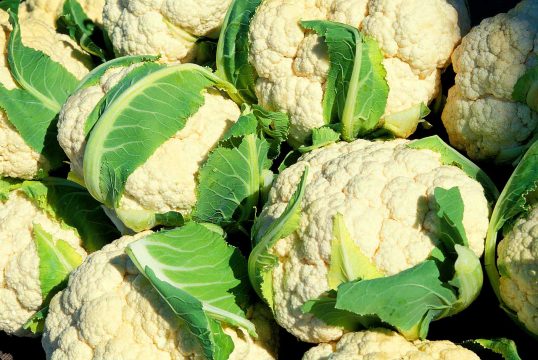 Contaminated romaine lettuce from around the Central Coast regions of northern and central California plagued the produce shelves just weeks ago. Now, just when romaine has been deemed mostly safe to eat again, another recall has been announced. This time the recall is put out voluntarily by Adams Bros. Farming in cooperation with the FDA.

Adam Bros. Farming, Inc. of Santa Maria, California announced in a press release that their red and green leaf lettuce and their cauliflower which had been harvested between November 27th and November 30th had been recalled. This was due to sediment from a reservoir near where the produce was grown testing positive for E. coli.

Filtered and treated water from the reservoir may have come in contact with the produce after it was harvested. [1]

This fall there was a multistate outbreak of E. coli illnesses that were later linked to a common salad green. Romaine lettuce, grown in California was put at fault for this outbreak. The FDA has now deemed romaine safe to eat again but not without some advice for consumers.

Romaine is now packaged with additional information on the label that states a harvest location and a harvest date or labeled as being hydroponically- or greenhouse-grown. “If signs or labels do not have this information, you should not eat or use it.” the FDA states. [2]

If it does have this information, the FDA advises you to not buy or consume romaine from Monterey, San Benito, and Santa Barbara counties in California. Romaine harvested outside of those counties appear to be fine.

For example, romaine lettuce harvested from areas that include, but are not limited to, the following do not appear to be related to the current outbreak:

What Should You Do?

You can now go back to eating romaine lettuce as long as you pay attention to labels and future FDA recalls. As for cauliflower and red and green leaf lettuce, the FDA states that “Consumers should not eat recalled products and should throw them away.”