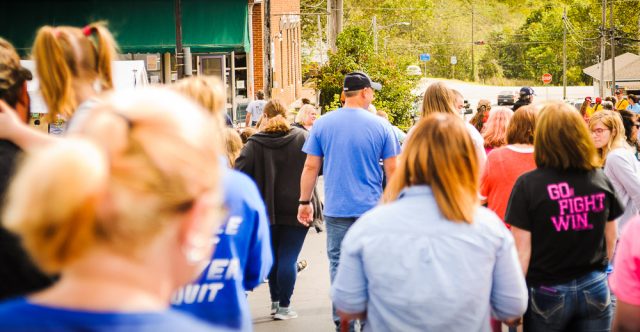 Alton, Mo. – During the current Black Gold Walnut Festival on Saturday, October 5, 2019, the staff at altonmo.com asked the attendees a few questions on their take of the festival. The staff asked these first questions in the morning.

Why Did People Come To The Festival?

The number one response was people. People came to see people! Several had been coming each year, and this was a tradition. A few come just for the raffles. Kids want to come because this is a community event. And still, more came just for the singing.

How Long Will You Stay At Festival?

When asked this question, the response was a tie between 3-5 hours and all day. This was the big occasion of the weekend, and they were going to make the most of it.  A few remarked that they would stay until too tired, while some said they’d stay only 1-2 hours.

The staff asked these questions in the afternoon. Some of the booths were shutting down. Most of the competitions were done. Children were getting restless.

What Was Your Favorite Part Of The Walnut Festival?

Nonetheless, participants all said that food was the favorite part of the day. From kettle corn to pork rinds to ice cream, partaking of food that they did not cook themselves, was the number one answer. The live music was what kept people hanging around all afternoon. Sitting in the breeze listening to live pleasing music added up to a great festival.

This received varied answers. Some said “how to…” booths. Some remarked that youth games or planned fun in the afternoon would be an asset, especially for the children who run a stall or their parents work a booth. One person said she’d like to see more cakes. How about a cake walk?

Well, that sums up a lot of thoughts regarding the 34th Annual Black Gold Walnut Festival. Lots of fun, food, and busyness. Some things could be added, but overall, the customers and booth holders thought this was a success.