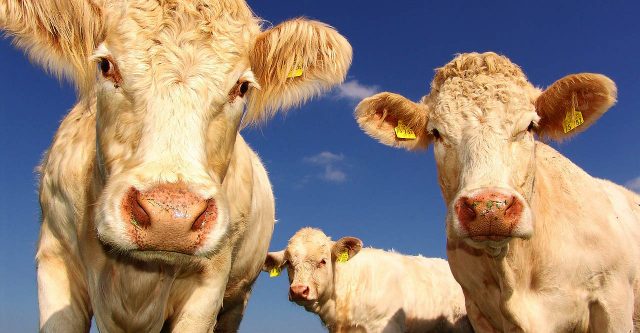 Three cows standing in a field.

On December 11th the United States Senate voted on and passed a new 867 billion dollar farm bill. On Wednesday, the 12th, the U.S. House voted on the same bill and also passed it.

The Farm bill hands out billions of dollars in subsidies to farmers and their extended family, it also improves farmers markets and organizations, legalizes hemp, and rejects stricter limitations on food stamps.

In the House, the bill passed by a 386-47 vote and in the Senate it managed to pass by an 87-to-13 vote. [1] The Farm Bill was supported so strongly because of how trade with China is currently under stress. The Farm Bill provides a “safety net” for farmers, it expands subsidies and provides funding for farmers markets. This bill also happens to legalize the production of hemp, a form of cannabis.

Getting a pro-agriculture, pro-farmer #FarmBill to the president has been the goal all along, and with this bipartisan, bicameral compromise, I’m glad we’re one step closer to delivering on it. More on my nearly 20 provisions included in the legislation ⬇️https://t.co/EGRXpqSCCZ

What’s in the Bill

Although the Farm Bill was a topic of controversy at first, with talk of food stamp cuts in the bill, there were no food stamp cuts in the final version of the bill. This bill does make some subtle changes to SNAP (Supplemental Nutrition Assistance Program). It adds a little more control to SNAP on who can receive food from them as well as strengthening the program. [2]

It expands farm subsidies as well. Federal agricultural subsidies are now expanded to nieces, nephews, and first cousins of farmers. These family members don’t have to work on the farm to receive these subsidies.

Even though the estimated spending of this bill will be around $867 billion over the next ten years, it’s not an increase from the farming budget in previous years.

Lastly, this Farm Bill legalizes the production of hemp, a type of cannabis that has lower THC than marijuana.

So What Happens Next?

Now that it has passed both the U.S. House and the Senate, the Farm Bill will travel to President Trump’s desk. It is expected to be soon signed into law.