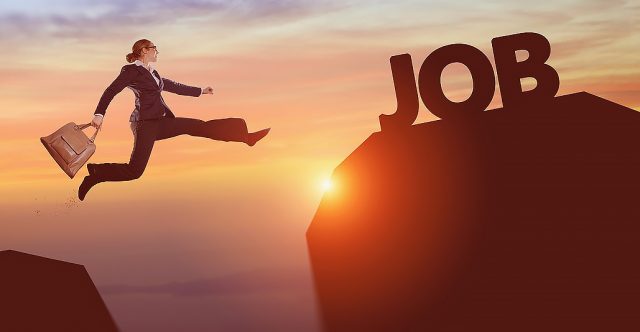 Leaping to a job.

Arizona is currently working on becoming the first state that will recognize out-of-state occupational licenses. What this means is that if somebody is a teacher in New Mexico and they move to Arizona, they don’t have to go through the process of getting relicensed- they can just immediately apply for a teaching job.

All of the states in the U.S. require an in-state occupational license in order to work somewhere that requires a license. Arizona Governor Doug Ducey is looking to change that for his state though. “We’ve heard too many stories of licensed, experienced professionals denied the opportunity to work upon moving to Arizona,” Ducey said. “With this first-in-the-nation reform, Arizonans who have recently moved here will be able to put their skills to work faster and without all the red tape.”

Janna Johnson and Morris Kleiner, a pair of labor economists at the University of Minnesota wrote a paper on how an in-state license effects people and the found out that licensed professionals were 36 percent less likely to move across state lines than non-licensed workers due to the license requirements.

“For example, a licensed public schoolteacher with a decade of teaching experience in New Hampshire is not legally allowed to teach in an Illinois public school without completing significant new coursework and apprenticeships,” they write. “The existence of such requirements could constitute a significant cost to migration across state lines for those in licensed occupations, and these costs could prevent individuals from moving if the costs of re-licensure had been lower.”