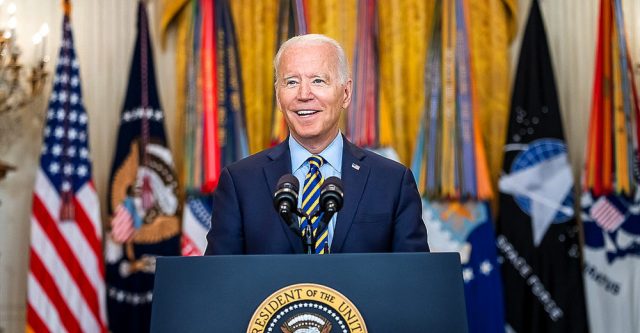 On Tuesday, March 1, 2022, President Biden gave his first state of the union address. It covered Ukraine and our own domestic issues. Here are the highlights.

President Biden began his speech by praising the Ukraine people.  Although not listing any specifics, he praised them for their courage. He condemned Russia. He stated that the U.S, is working with

30 other countries to release 60 million barrels of oil from reserves around the world [1].

Meanwhile, the U.S. goes through 20 millions barrels a day.

Biden wants to fight inflation by investing green energy (electric vehicles) and by reducing childcare costs. Alongside this, he wants to fight climate change. He went on to speak of his approval of confused transgender youths by saying,

To our younger transgender Americans, I will always have your back [2].

He is investing money into the nation’s infrastructure, namely roads and bridges. He wants to raise the minimum wage to $15.

In regards to the virus, he is pushing vaccinations on all ages of people, claiming parents of young children want this untested jab. He is offering treatments as well as masks. Biden wants to vaccinate the entire world.

You can read the entire state of the union speech here.