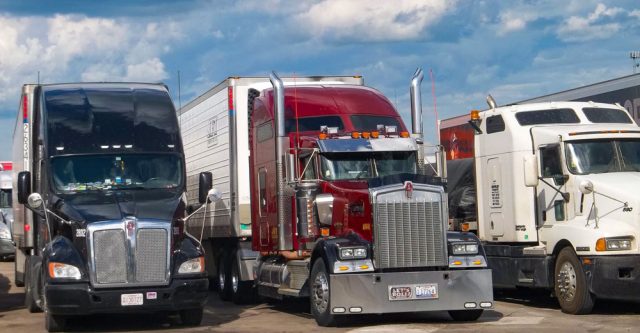 A convoy of trucks has descended upon Parliament Hill in Canada’s capitol of Ottawa. The Freedom Convoy began on January 23, according to a previous AltonMo.com article. Citizens from across Canada are protesting the vaccine mandates and restrictions laid upon them by a tyrannical government. The rulers have gone beyond their scope of power, thus, become tyrannical. The protesters have converged into Ottawa on January 29 and plan on remaining there until the mandates are lifted. Other blockades are set up around Canada. This is not only truckers. Cars have filed in beside the trucks. Old persons as well as children are on the streets holding signs against these unlawful orders.

Prime Minister Trudeau has implemented harsh covid mandates across the country, without listening to the advice of medical professionals or those in the working world. He issued health restrictions, including vaccine and mask mandates. He has threatened multiple times against these protesters, calling them terrorists, blocking aid to them, calling the military. And now he has issued an ‘Emergency Act’ to get additional aid in fighting off these citizens of Canada. The province of Ontario, as well as the city of Ottawa, have declared states of emergency. Nonetheless, these protesters are not rioting like in the United States last summer. No buildings are burned, no property stolen, and no one purposely killed.

Canadian organizer Tamara Lich feels the importance of standing up to tyrannical Trudeau. She remarked that Canadians

should be surprised that such an extreme measure is being used against peaceful protesters [1].

Like the United States, the right to peacefully protest is a foundation to the nation. Lich went on to say,

There are no threats that will frighten us [2].

Brian Peckford, former premier of Newfoundland, is the spokesperson for the convoy. He made the bold statement,

This is …government overreach. We don’t do these things in Canada [3].

Additionally, he made it clear that,

the government of Canada has not reached out once to the truckers since they arrived in this capital city [4].

This protest convoy has started worldwide convoys of other truckers beseeching their rulers to let up on the illegal mandates. The question now is, “Will these tyrannical rulers listen to the people? Or will they attempt to nullify the voice of the people? Another question to ask is, “Why isn’t the American mainstream media covering this show of freedom?”