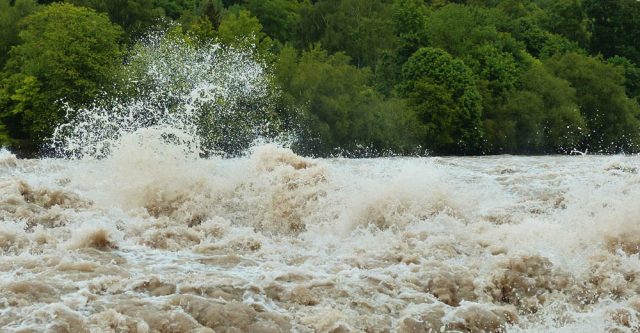 On April 24th Missouri Governor Mike Parson requested that President Trump approve of Missouri’s major disaster declaration so that Missouri can provide federal help to thirteen counties that experienced damage by the recent spring flooding. Officials estimate that the total damage of infrastructure and emergency response is $25 million.

Since March 11 flooding has been happening along the Missouri and Mississippi rivers, thirteen counties have been severely damaged by the flood waters, and there is expected to be more counties added after the waters recede and the damage can be assessed.

Today we requested that President Donald Trump approve a major disaster declaration for Missouri to provide federal assistance to a total of 13 counties in response to devastating flooding that began March 11. https://t.co/z0O45Y1tbQ

“Working in strong coordination, our local, state, and federal assessment teams have documented widespread and devastating damage as a result of the flooding. It has now been well over a month after the flooding began, and some areas still can’t be accessed,” Governor Parson said. “I am confident federal assistance will be forthcoming, and I greatly appreciate all the work that’s already being done by our faith-based and volunteer responders to help communities recover. Our state team and all our partners are committed to ensuring Missouri families, businesses, and communities rebuild.” [1]

On March 21, Parson declared a state of emergency after the river flooding continued to get worse. Now, the rain has stopped, but many counties are still left inaccessible.