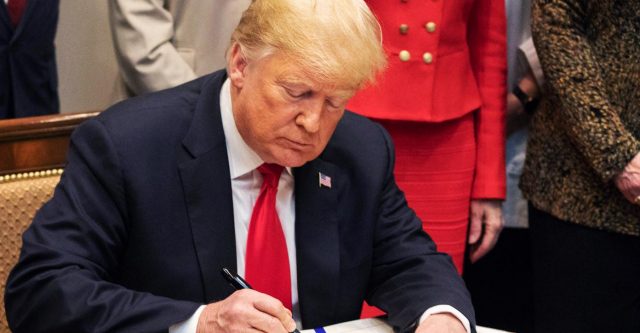 House Freedom Caucus Chairman Andy Biggs recently introduced a resolution that would condemn House Intelligence Committee Chairman Adam Schiff for retelling a parody of President Trump’s phone call with Ukranian President Volodymyr Zelensky. Biggs’ legislation has quickly garnered support from many Republicans in the House as many think it necessary to censure Schiff.

House Resolution 604 was introduced to the House at the end of September, shortly after the transcripts of the phone call between Trump and Zelensky were released. H. Res. 604 would condemn and censure Chairman Schiff for his rough retelling of the presidential phone call that he gave during a formal hearing.

Schiff paraphrased the 30-minute phone call, accusing Trump of asking Zelensky to dig up dirt on Biden. “I hear what you want. I have a favor I want from you, though, and I’m going to say this only seven times, so you better listen good. I want you to make up dirt on my political opponent, understand? Lots of it.”

Schiff also allegedly lied about not speaking to the intelligence officer “whistleblower” before the complaint was filed. [1]

Since Biggs introduced the legislation, less than three weeks ago, it has gained over 100 cosponsors, as many House Republicans across the political spectrum have moved to support and sponsor the resolution. House Resolution 604 now has support from almost two-thirds of the House GOP caucus, including House Minority Leader Kevin McCarthy (R-CA), House Minority Whip Steve Scalise (R-LA), and House Republican Conference chairwoman Liz Cheney (R-WY).” [2]

Adam Schiff will not be deterred from impeaching @POTUS @realDonaldTrump.

He will make up his own narrative to mislead Americans.

He will hold impeachment hearings in secret.

He will withhold the transcripts of these hearings from the American people.https://t.co/zYHsnKT1m9

On Monday, Biggs expressed his frustration at Schiff for blocking Representative Matt Gaetz from attending an impeachment deposition that was being held. “He will make up his own narrative to mislead Americans,” Biggs said Monday. He will hold impeachment hearings in secret. He will withhold the transcripts of these hearings from the American people.