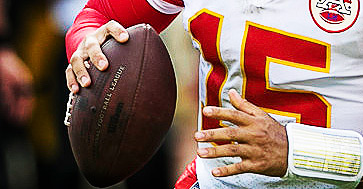 Kansas City, Mo. –  The Kansas City Chiefs, who have won one game and lost one game so far this pre-season, experienced another loss against the San Francisco 49ers. The game took place August 24, 2019, at Arrowhead Stadium in Kansas City, Missouri. The final score was 27-17 with the 49ers taking the win.

The Chiefs took an early start in the game with a touchdown as well as making a field goal within the first 8 minutes of the first quarter. The 49ers were not to be outdone, however, as they also made a touchdown and their field goal only a couple of minutes after the Chiefs made theirs. In the second quarter, the Chiefs made a field goal for three points, bringing the score up to 10-7. The 49ers made two field-goal attempts for six points. One of the attempts was made with 3:10 left for the second quarter and the other one with only: 08 seconds left before halftime. The halftime score was 10-13 with the 49ers with a three-point lead.

In the third quarter, the Chiefs made the only points with a touchdown and a field goal, getting them to 17 points. In the fourth and final quarter, the 49ers made two touchdowns, and they also made the field goals. The final score was 27-17 with the 49ers winning this game by 10 points.

All four of the Chiefs quarterbacks played in the game. Patrick Mahomes played more in this game than in any of the other pre-season games. Mahomes, the Chiefs starting quarterback, completed 8 of 10, threw for 126 yards, threw for one touchdown, and had one rush for 8 yards. The one rush he had, had everyone breathless as he slid headfirst almost to get a down. Chad Henne, who broke his right ankle during the game, did no noticeable throws. Kyle Shurmur completed 9 of 12, threw for 67 yards, had two rushes for 14 yards, and threw for the second touchdown of the game. Chase Litton, who was the last Chiefs QB, finished 1 of 6 and threw for 5 yards. The two players that caught the two touchdown passes, for the Chiefs, were Damien Williams and Byron Pringle.

The 49ers put just two of their QB’s into the game, Jimmy Garoppolo, the 49ers starting QB, and Nick Mullens. Garoppolo, who played the first half, completed 14 of 20, threw for 188 yards, and threw one touchdown. Nick Mullens, who played the second half, completed 8 of 11, threw for 84 yards, and had two touchdowns. The two players that caught the three touchdowns for the 49ers is Matt Breida and Jeffrey Wilson who caught the last two touchdowns.

The next and final pre-season game, for the Chiefs, will be August 29, 2019, at 7:00 PM Central Time. The game will be held in Green Bay, Wisconsin at Lambeau Field against the Green Bay Packers.