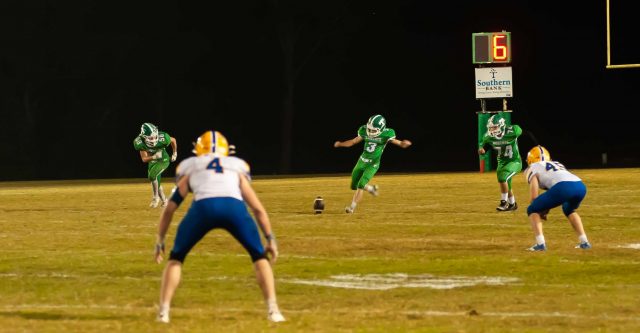 The Thayer Bobcats (11-1) are going to go up against the Windsor Greyhounds (13-0) in the State Semifinals at the Louis Bozman Field on Saturday, November 28, 2020, at 2:00 p.m. Whoever wins will advance to the State Championship Game.

The Windsor Greyhounds are undefeated with their record being 13-0.

The Greyhounds have had no close games; the closest game was an eight point margin.

The Bobcats and Greyhounds have faced one common opponent; the Cabool Bulldogs. Both teams won the game. The Bobcats won 27-0 and the Greyhounds won 26-0. [1]

The Thayer Bobcats are 11-1 with their loss coming from the Hayti Indians (now defeated in the class 1 district 1 finals).

Offense and Defense Is Good

The Bobcats’ running game has been very good recently. During last week’s game against the South Callaway Bulldogs, all six of the Bobcats’ touchdowns came from the running game. Quarterback Jayce Haven running in for three of the touchdowns himself.

Bring your green and white gear and cheer on the Bobcats!